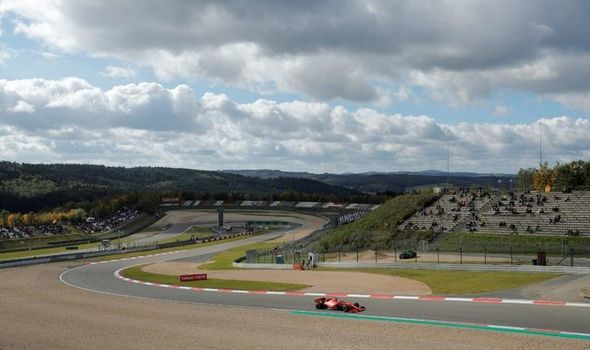 A number of new races have featured on the F1 calendar this year due to the impact of the coronavirus pandemic. This weekend’s event is being held at the Nurburgring in Germany under the title of the Eifel Grand Prix.

Why is it called the Eifel Grand Prix?

Some circuits have staged double-headers this season, while other tracks have been added to the calendar.

New titles have been given to these events as different races can not have the same name in the same F1 season.

While there is no German Grand Prix on the calendar this year after Hockenheim’s omission for the 2020 season, the Nurburgring race was still given a different name.

The Eifel Grand Prix’s name is a reference to the nearby Eifel mountain range, which also streches across Belgium and Luxembourg.