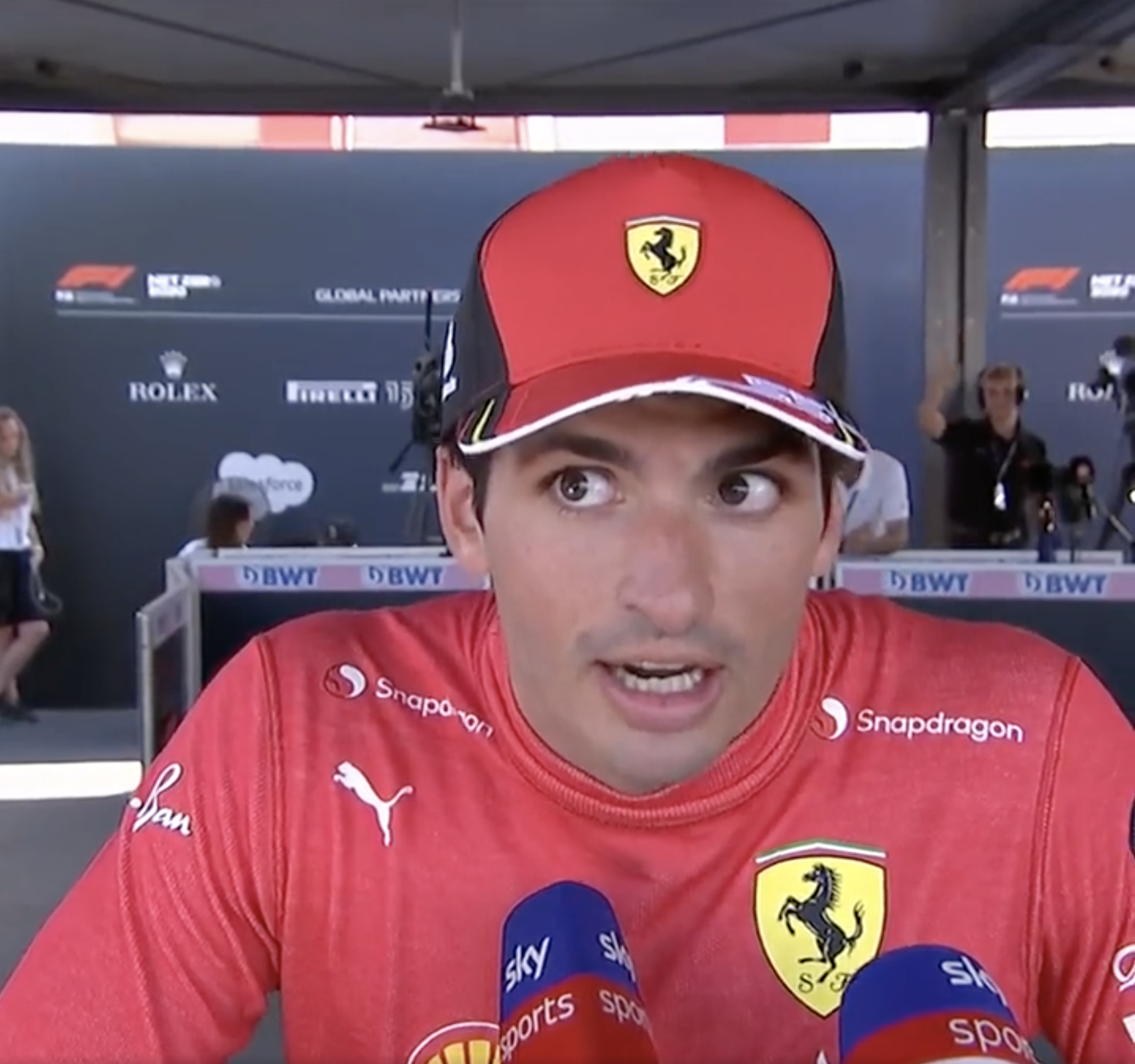 Carlos Sainz Jr. has hit back at critics of Ferrari after another strategy blunder seemingly cost the team a podium at the French Grand Prix.

Sunday’s race started off disastrously for the Scuderia after polesitter Charles Leclerc crashed out while in the lead, handing the victory to Max Verstappen.

However, they had the chance to salvage some points through Sainz, who, after starting on the back row of the grid after taking many engine penalties, had worked his way up to the front.

With about 10 laps to go, Sainz engaged in a thrilling duel with Sergio Perez, but just as he overtook the Red Bull man for third place, Ferrari ordered him to pit for fresh tyres, much to the confusion and anger of the Spaniard.

This dropped him down the order and while he was able to claim fifth and the fastest lap bonus point, many fans and pundits could simply not understand what the Italian team had done.

But speaking after the race, Sainz claimed that the decision to pit again was the correct one, telling Sky Sports: ‘Not the win but podium position with the perfect race could have made it.

‘We started 19th, with how the pit stop went, finishing fifth and with the point from the fastest lap it is okay and I’m going to take it. I think the team has done a very good job with strategy.

Yes, I wanted to stay out, I maybe saw a podium position. We will never know.

‘The team has a lot more data on their screens. They did it with the best intentions and best spirit.

‘My point of view is that if I couldn’t pass Checo I would box. The moment I passed him, I thought “see if I could pull away”.

‘At that stage, the numbers said it was impossible I would make it to the end. The team decided to pay it safe. In the moment my feeling was different, but I didn’t see the numbers.’

Despite having the fastest car for most of the season, several reliability issues and strategy errors have cost Ferrari dear this season, with wins in Spain, Monaco and Azerbaijan, as well as podiums in Great Britain, Austria and now France, all going down the drain.

After 12 races, Red Bull lead the championship, a whopping 82 points ahead of Ferrari, with Sainz’s title hopes looking over already.

‘At Ferrari we get super criticised for things other teams might go through in their pit stop window. We are not the disaster people seem to say we are,’ Sainz added.

While disappointed, Ferrari team principal Mattia Binotto was also optimistic post-race and was already looking ahead to the next race in Hungary next weekend.

He told Sky Sports: ‘Certainly there is always something to improve and learn in our approach. Step by step I think we are progressing and becoming better.

‘Once again today we have proved that we have a fast car, a very competitive one, and we need to turn the page and look to Hungary. We can do a one-two there, why not? So simple, we need to focus on the next result.’