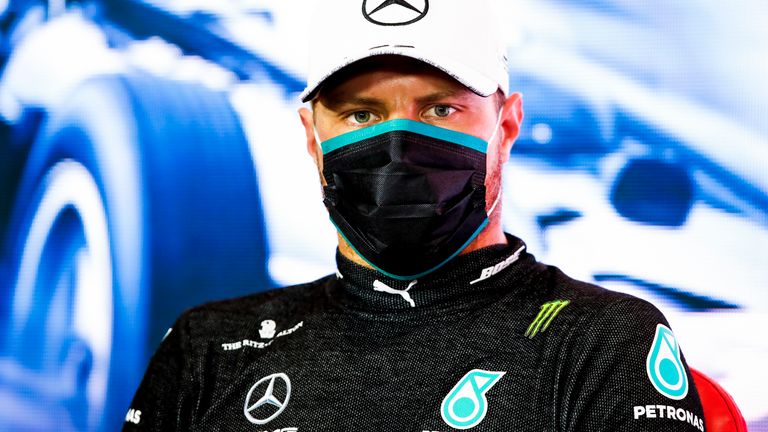 Valtteri Bottas has signed a deal to continue with Mercedes until at least the end of the 2021 F1 season.

Like Lewis Hamilton, the Finn’s current deal expires at the end of the year but he is the first of the team’s drivers to agree an extension for next season.

Mercedes boss Toto Wolff believes Hamilton-Bottas is the “strongest driver pairing in F1” and the new deal for the latter is “an important first step in retaining this strength for the future”.

Very happy and proud to let you know that I have signed and will be racing with @MercedesAMGF1 next year 📝https://t.co/WSixuAOdXa#VB77 #F1 #NeverGiveUp pic.twitter.com/jpNmgYaY0M

Hamilton and Mercedes are not thought to have yet started formal talks for his new deal yet but the six-time champion is expected to stay too. Hamilton said at the British GP that he expected to stay in F1 for at least three more seasons.

“I’m very happy to stay with Mercedes in 2021 and build on the success we’ve enjoyed together already,” said Bottas, who joined as Nico Rosberg’s replacement in 2017 from Williams.

“Thank you to everyone in the team and the wider Mercedes family for their continued support and their trust in me. I’m very proud to represent this great team and the three-pointed star on our journey together again next year.

“The past few years have been all about continuous improvement, working on every aspect of my performance.

“I’m confident that today I’m the strongest I’ve ever been, but I can always raise the bar. Mercedes embraces the same philosophy: They always want to get better and are always hungry for more.” 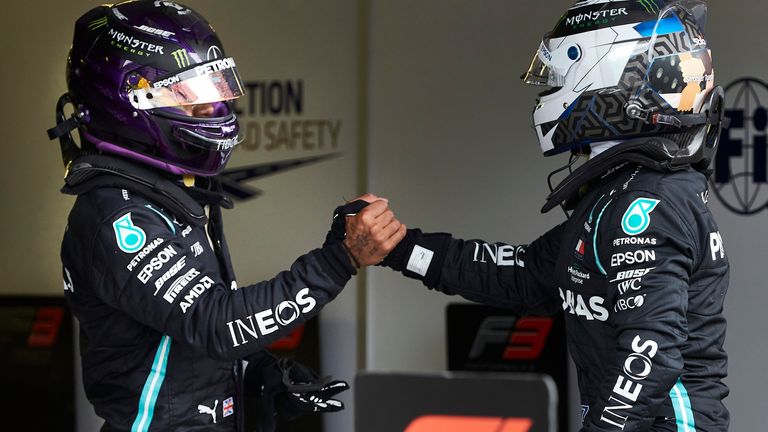 Bottas has claimed all eight of his F1 wins with Mercedes and has created a successful and, crucially for the team, harmonious relationship with Hamilton

Bottas is second to his team-mate after four rounds of this year’s world championship but dropped 30 points back at last Sunday’s British GP after a late puncture dropped him from second to 11th.

“Ever since I fell in love with F1 as a kid it’s been my dream to one day become world champion,” added Bottas. “I’m in the fight for the title this year and staying with Mercedes puts me in the best possible position to compete for it next season as well.”

Mercedes‘ re-signing of Bottas completes another piece of the puzzle for next season’s grid.

The six-time double champions had been the only one of F1’s big five teams not to have either of their drivers confirmed for 2020.

Red Bull‘s Max Verstappen and Ferrari‘s Charles Leclerc are on the longest deals on the grid – until 2023 and 2024 respectively – with Mercedes expected to sign Hamilton up to a new multi-year term.

Ferrari are replacing Sebastian Vettel with McLaren‘s Carlos Sainz, with Daniel Ricciardo leaving Renault to take the Spaniard’s seat next to Lando Norris at McLaren.

Since those moves were announced during lockdown back in May, Renault have enticed Fernando Alonso back to F1 for next season to be Esteban Ocon’s new team-mate.

That all leaves Vettel without a drive as it stands, although the four-time champion has been heavily linked to Racing Point and is understood to have held talks with the team which becomes Aston Martin from 2021.