George Russell blasted his team for refusing to push for a penalty for Sergio Perez at the French Grand Prix. Russell dived down the inside of Perez at the chicane, forcing the Red Bull star off the track. 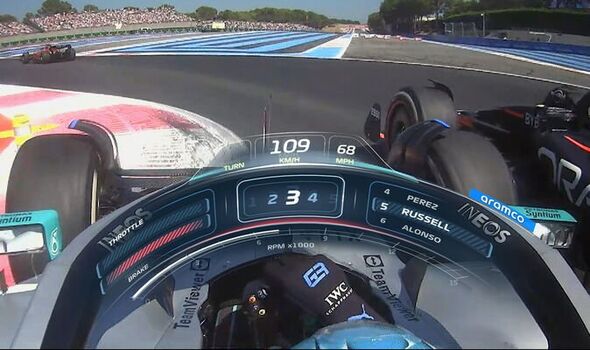 But, the Mercedes youngster felt the Mexican had gained an advantage and should let him back past. Russell took to team radio moments later, shouting: “C’mon guys we need to do something he went straight on.

The argument forced team principal Toto Wolff to get involved to calm down his new driver. Wolff snapped back: “George, keep your head down, you can hunt him down.”