Lewis Hamilton discusses his experience with race at Formula 1

Mercedes boss Toto Wolff has suggested Nyck de Vries may not have a future with the Silver Arrows, revealing he ‘can’t help’ in his hunt for a Formula 1 seat. De Vries has announced himself as one of motorsport’s most exciting stars in recent years, and is part of the Mercedes set-up.

The Dutchman is reigning the Formula E champion, and also won the Formula 2 championship back in 2019. For the 2022 campaign, De Vries was named as Mercedes’ reserve driver, and had his time to show what he could do when stepping in for Lewis Hamilton during practice at last week’s French Grand Prix.

The Formula E star is clearly well thought of in the Mercedes set-up, but now 27, De Vries is still struggling to find his breakthrough with Wolff unable to help. The Silver Arrows boss told Sky Sports F1: “I can’t really help him. We can’t tell a team to look at him because that feels like interference and then it goes the contrary way.”

Despite having a keen interest in the driver, Wolff revealed that it may be time to let the 27-year-old go. “I think if we are not able to provide him with an interesting Formula 1 project, in a way we need to let him go,” he said after practice on Friday. 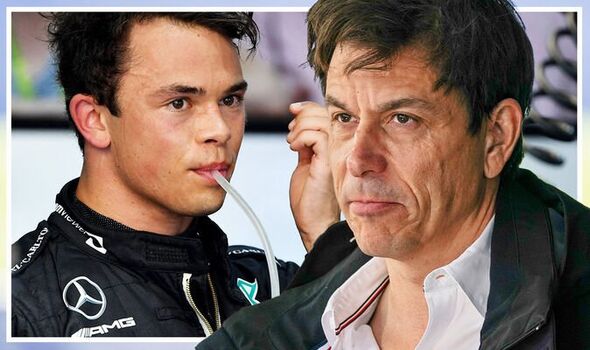 “He’s looking at various options, sports cars, maybe Formula E, but you just must never give up on the opportunity that one day a Formula 1 door can open. Today [Friday practice] was very, very good.” The reserve driver did an impressive job in place of Hamilton, finishing in ninth, just half a second off teammate George Russell.

Afterwards, De Vries had plenty of praise for the man he sat in for and described his run out as a ‘great experience’. He said: “I’m very grateful for the opportunity, it was a great experience. Obviously, it was very cool to be back in such a fast car and a bit of a reset of what I’m used to. All in all, a great session and great opportunity… 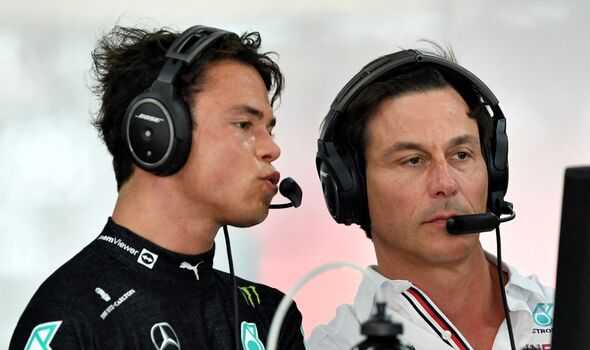