Toto Wolff has opened up on Lewis Hamilton’s mindset after the seven-time champion secured a second-place finish at the French Grand Prix. Wolff praised Hamilton for his “positive mindset” despite the Silver Arrows issues so far this season.

The Mercedes boss said Hamilton “never stops pushing” which has helped him secure four podiums from the last four races. The Austrian also suggested the pair had spoken about the likelihood Mercedes may not win a Grand Prix this season.

When asked by Sky Sports F1 about Hamilton’s attitude, Wolff explained: “Sometimes we’ve been talking about what would happen if we are not winning again and how would we recover. We had some really difficult times at the beginning of the year but in a way we have all set into the situation that we [are in] now.

“And he is absolutely on it. He keeps pushing the team, driving the car quickly also. He has a positive mindset, even if the days are really grim like yesterday, we are nine-tenths off. He never stops pushing.” 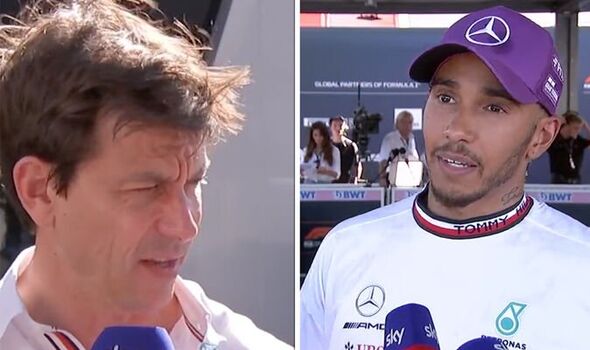 Hamilton saluted his team over the radio moments after the team secured their best result of the season with a double podium finish. He commented: “Great job guys, that’s an incredible result for the team, it just shows all the hard work we’re doing. Let’s keep pushing. Great job George.”

Almost all of Mercedes’ podium finishes this season have been as a result of issues to Red Bull or Ferrari drivers. But despite a lack of pace compared to the frontrunners, Mercedes have not suffered any failures themselves this season.

Hamilton has finished every race this season while Russell has only retired once, at Silverstone after a crash with Zhou Guanyu. Hamilton praised the team’s consistency after the race as he hailed a “special result”. 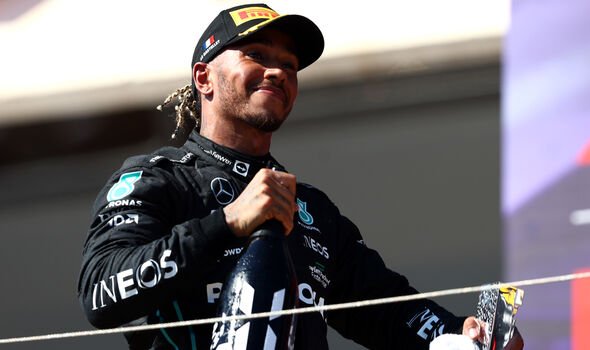 He added: “What a day and weekend. I’m so proud of the team, this is an incredible result. Winning races and getting results like this, it’s about the whole package. Of course, we know that we don’t have quite the pace of the two teams ahead but reliability is a huge fundamental part of the process. I’m so proud of my team for having the reliability that we do have.

“What a great result, George did a great job today as well and to get second and third is really special for us.”