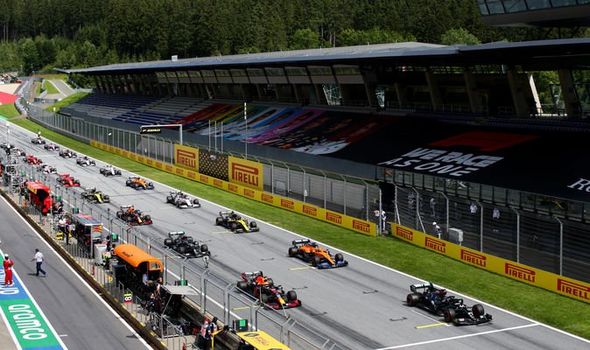 Mercedes star Lewis Hamilton secured pole position for Sunday’s Styrian Grand Prix with an emphatic single-lap performance. The six-time world champion has long been considered among the sport’s wet-weather drivers but he took it another level in Austria this weekend.

His pole lap was an astonishing 1.2 seconds faster than second-placed Max Verstappen in the Red Bull and 1.4 seconds quicker than team-mate Valtteri Bottas.

Verstappen lined up alongside Hamilton on the front row, with McLaren’s Carlos Sainz a career-best third.

Bottas, the early championship leader after his win last weekend, took fourth on the grid.

“It was a fantastic lap,” said Hamilton.

“It was really as close to perfect as I could manage out there. You cannot see it, but I am smiling under this face mask.

“It was the worst conditions that we could get these cars round in and it was an incredible challenge.

“Once we got going it was fine, but the rain got heavier and it was definitely on the limit but that is racing.

“I am glad they didn’t take it away from us by cancelling qualifying because it was so special being out there.”

Highlights of the Styrian Grand Prix will be shown on Sky Sports F1 at 8.30pm tonight.

Channel 4 will also be screening highlights of the race at 6.30pm.