Max Verstappen hopes the weather gods will come to Red Bull’s aid once again this weekend in their efforts to prove themselves as genuine world championship contenders, though last weekend’s 70th Anniversary Grand Prix winner is not getting carried away with their Silverstone success just yet.

With the Spanish Grand Prix forecast to be another baking-hot weekend in Barcelona, Verstappen arrives with wind in his sails after beating both Lewis Hamilton and Valtteri Bottas last Sunday in the dominant Mercedes.

The Red Bull’s superior management of its tyres allowed Verstappen to attack Bottas and Hamilton early before pulling clear of the pair as they struggled with enormous blisters on their Pirellis, and while a relieved Hamilton was able to salvage a second-place finish, the disappointment was clear to see on pole-sitter Bottas’s face on the final step of the rostrum.

The victory ended Mercedes’ run of four straight wins this season and elevated Verstappen to second in the world championship standings, 30 points behind six-time world champion Hamilton and a slender four points in front of Bottas. But the 20-year-old is determined to keep himself grounded in where he sets his expectations for the rest of the campaign.

“I think there’s still a lot of room for improvement,” Verstappen tells The Independent. “In qualifying we were still a second off and in the race of course we basically benefited from them having massive tyre issues.

“From our side I think we did a good job on the tyres but it was mainly them just having a tough time. I hope (for the same again) with the temperature here being very warm, although the tyres are a bit harder again like the first week in Silverstone, but let’s see. I’m still realistic that we need to catch up.

“It’s grip, and power from the engine as well. I can’t really go into the details of course but we just need to find more grip.

“You can find improvements, but I wouldn’t say we could close the gap fully to Mercedes. They have a big advantage and we are working hard to close that gap, but nevertheless that win gave a very big boost to the whole team, and we were very happy with that.” 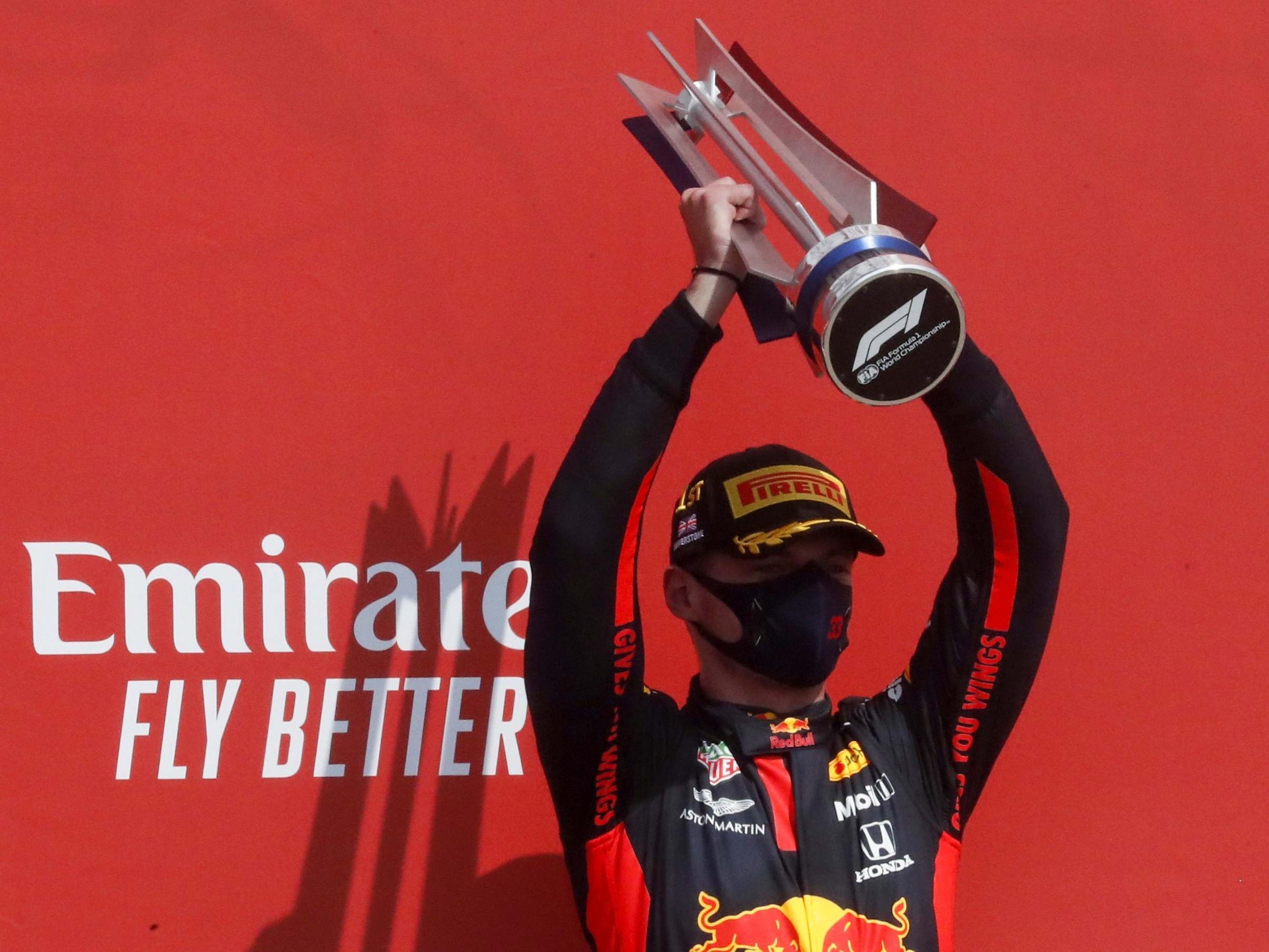 With Verstappen inheriting second place late in the British Grand Prix before claiming victory in Silverstone’s second race, he matched Hamilton’s points haul from the two British rounds as the pair split the extras for fastest lap, which has seen him installed not just as the reigning champion’s nearest rival but also at shorter odds with the bookmakers than Bottas to win the title. While his and Red Bulls season seems to be moving in an upwards trajectory, Bottas has hit a rough point.

Taking pole position for the 70th Anniversary Grand Prix should have been the catalyst for the Finn’s way back into the championship battle, having suffered a late tyre delamination that cost him points the week before that allowed Hamilton to move clear at the top of the standings.

Despite signing a new contract for 2021 ahead of last weekend, Bottas suffered a second consecutive and potentially-decisive setback, and the momentum now seems to be with Verstappen and, perhaps more importantly, Red Bull. The team strategically outsmarted the reigning world champions by starting Verstappen on the hard tyres, and minimised his time on the medium compound with a shortened second stint to give him the best chance of taking the fight to Mercedes.

However, if the Dutch youngster is to repeat that again this weekend, he knows he will need a helping hand, with temperatures and tyre wear critical to his hopes of topping the podium.

“A victory would be a perfect weekend, and I think a good weekend is if we’re on the podium,” Verstappen adds. “I think it will be pretty warm, at the moment it’s 32 degrees which they expect for the whole weekend, but it’s all going to depend on the tyres and if they’re going to hold up or not.

“Normally those (harder) tyres are not going to blister, so it would help (Mercedes). But let’s see. Anyway, every weekend is different.”

It’s important to remain grounded and not get carried away with last weekend’s success as Verstappen remembers clearly where Red Bull were before their first victory of the season.

“Before that of course, when you’re so dominant (like Mercedes), then it’s between the teammates, so I guess we just have to wait and see what’s going to happen,” he says. 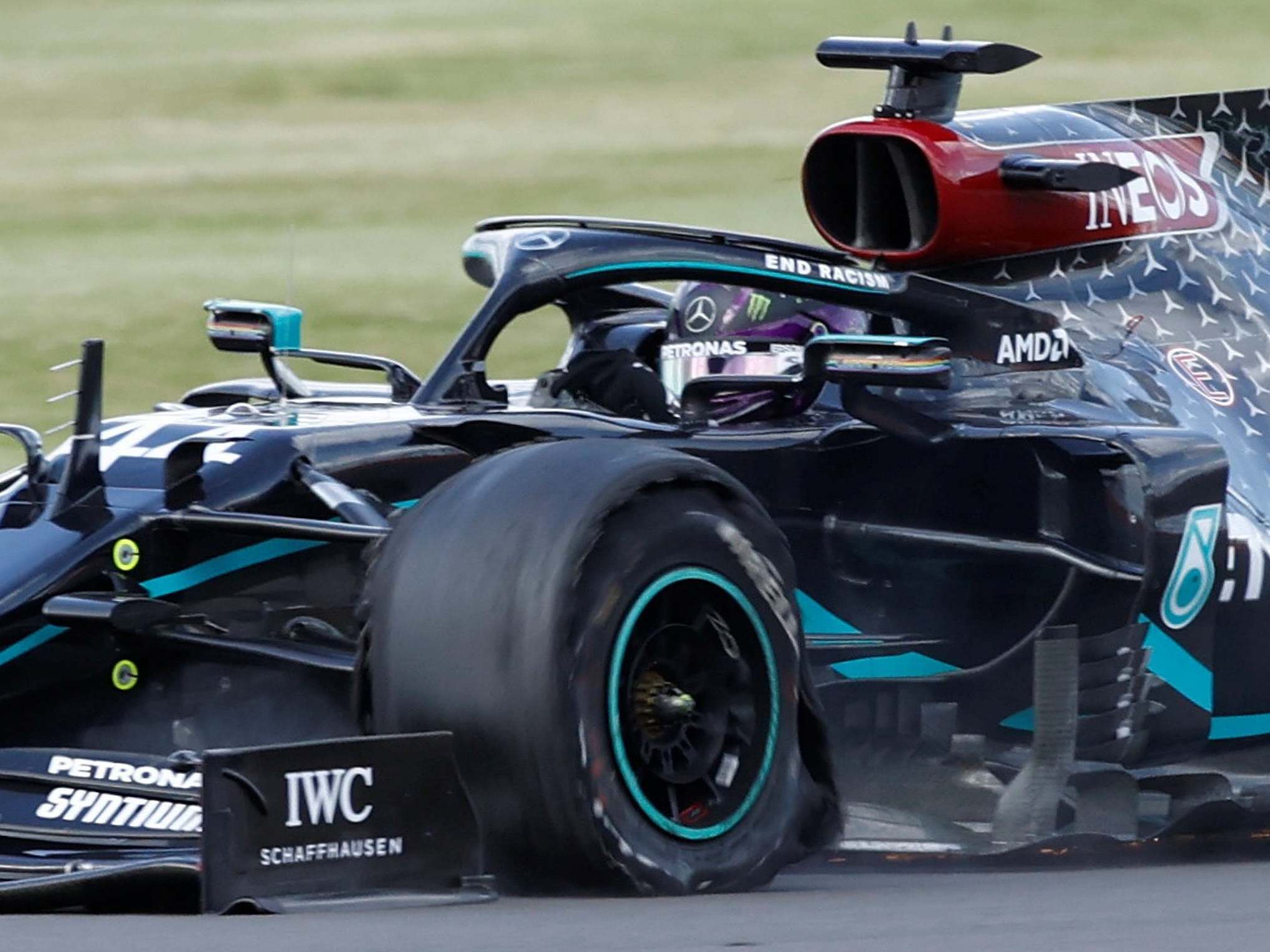 But now with the hotter temperatures and the tyres, I don’t know if they will have issues or not.

“Everybody anyway works very hard and they give their very best, but of course they could also see Mercedes being so dominant, and nobody was really expecting a victory – not that that means they are then backing out of it or not motivated.

“Everybody is really motivated, but then if you get victory like that it’s just a massive confidence boost and I think it’s very nice for the guys to see it is possible to beat them. I’m not going to say it’s possible every week but there are chances, so everybody will be fully fired up to get the best out of it.”