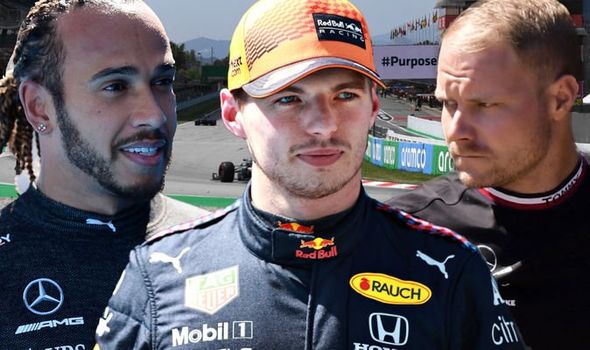 1.20pm: Verstappen is meanwhile confident Red Bull again have the pace to take the fight to the two Mercedes of Hamilton and Bottas this afternoon.

He declared yesterday: “We’ll of course give it our best, but first we need a good start and it’s a long way to Turn 1 as well so we’ll see what happens there.

“We’ll need decent pace in the race, which I think we have.

“If it’s enough to beat them [Mercedes] I don’t know but hopefully it will be as close as it was today.

“Our worst starts this season were still pretty decent, so I think that’s a good improvement over last year. 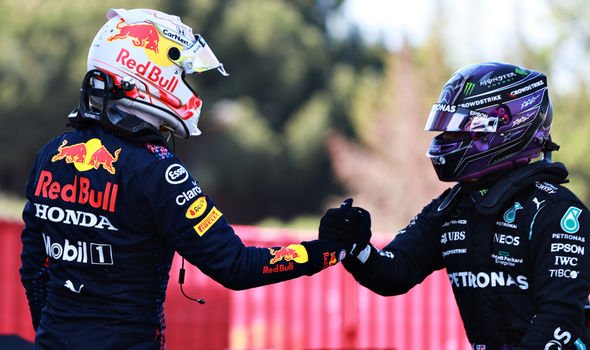 1pm: Hamilton says Red Bull’s threat cannot be discounted although he starts at the front of the grid when the lights go out.

“It’s the goal to get on the front row and be first,” the pole-sitter said.

“It’s 600 metres down to Turn 1, there’s often a headwind and it means the guys get to drag you, which is really difficult.

“The Red Bulls are really fast on the straights. They have this bendy wing on the back of their car which they put on today and they gained at least three tenths from this wing.

“So they will be quicker down the straights than us and it will be hard to keep them behind, but that doesn’t mean it will be impossible.

“Timing and rhythm will be everything tomorrow.” 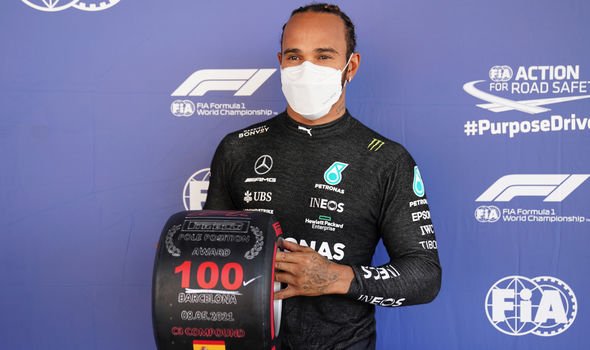 That means the battle between the Mercedes duo of Hamilton and Valtteri Bottas, who starts in third, and the Red Bull of Verstappen is to be tightly poised once more.

The Dutchman comes into this race just eight points behind Hamilton in the Drivers’ Standings although his team-mate Sergio Perez starts down in eighth, which won’t help his chances of tactically outthinking the Silver Arrows.

The starting grid is as follows…

The race gets underway at 2pm UK time but stayed tuned for pre-race updates.