Sir Stirling Moss dies aged 90: The greatest all-round racing driver, who once seemed indestructible, leaves behind a hole in British sport bigger than we can expect to fill

Sir Stirling Moss has died at the age of 90. The great motor-racing driver and one of the most lionised figures in the history of British sport, ‘closed his eyes’ in the early hours of Easter morning.

Lady Moss was at his bedside as he died, having nursed him through a long illness, at their Mayfair house.

She told the Sportsmail: ‘He died as he lived, looking wonderful. He simply tired in the end and he just closed his beautiful eyes and that was that.’

Moss’s passing was the result of a chest infection he caught in Singapore just before Christmas 2016 – not coronavirus. 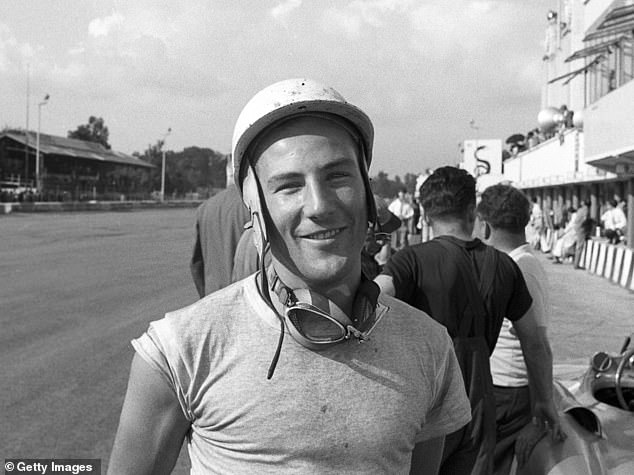 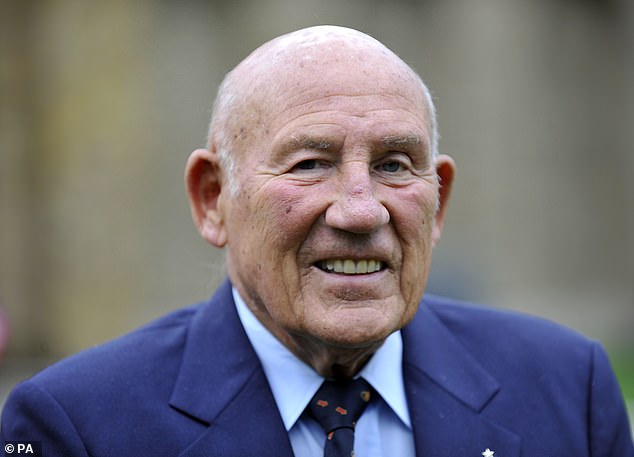 Moss knew that the first of his several remarkable lifetimes was coming to an end when he was no longer able to keep ‘one eye on the track, another on the gauges and still be able to spot a pretty girl in the crowd’.

That was after his terrible accident at Goodwood in 1962 which ended his career, 58 years ago on Monday, as perhaps the greatest all-round motor racing driver in history.

Moss’s fame endured across the world throughout the rest of his life – he carried on racing for fun – and he stood for a certain style of Englishness: dashing, daring, debonair. And, until the early hours of Easter morning, when he drove his journey’s last lap, he seemed indestructible.

He leaves behind a hole in British sport bigger than we can expect to fill. 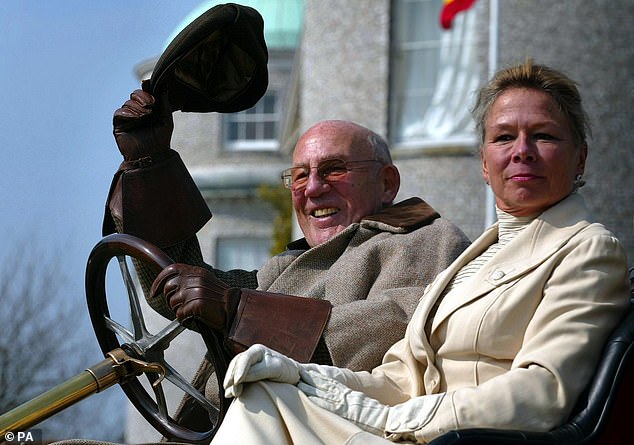 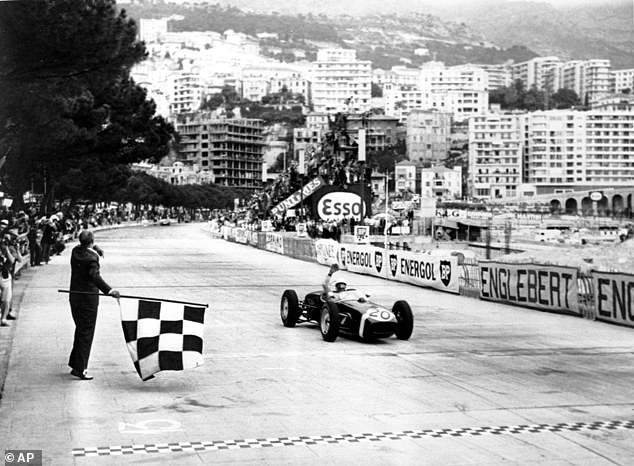 Stirling and Susie had been waging from his bed the most spirited of battles against the chest infection he caught while in Singapore just before Christmas 2016. He showed some promising flickers of recovery, but this was one jam he could not get out of.

Ah, Stirling Moss. Yes, he was fittingly knighted, but he needed no gongs of state to elevate him, for he was a prince of sport.

So awestruck were his contemporaries that they would stand and stare in wonder at the sheer skill of a man born a slightly shy son of a prosperous dentist.

In fact, so good was Moss that he did not even require the Formula One World Championship to quantify his talent. He did not even greatly want the laurel. He was instead that rarest of phenomena in sport: a man who rose above its biggest prizes. 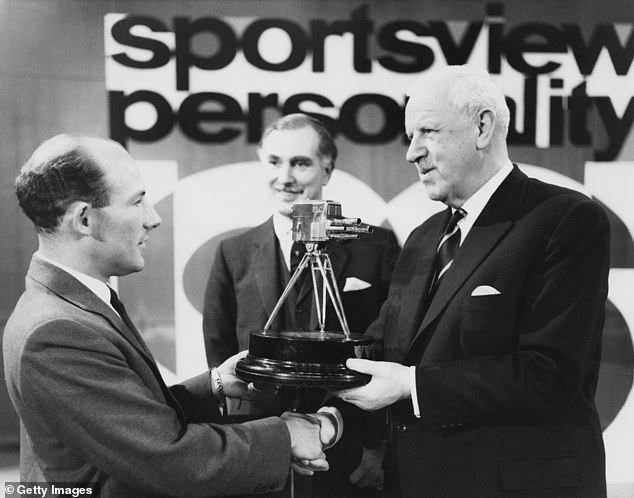 How, pray tell us, some of you may be asking, can anyone place Moss so highly – perhaps even highest – among the front-rank greats of racing, alongside the likes of Juan Manuel Fangio, Ayrton Senna and Jim Clark?

The best? You must be mad!

Well, it is the moment to call no less a witness than five-time champion Fangio. To his dying day, Moss considered the Argentine the supreme Formula One driver of them all. To which Fangio said of his admirer: ‘Moss was the best of my time.’ Enzo Ferrari agreed with Fangio.

Certainly, Moss’s versatility remains unsurpassed. Off he would go, in an age when air travel was still exotic, to Sweden or Portugal or Canada or Australia or Argentina, racing not only Formula One cars, of course, but competing in numerous series, notching up a world record 212 wins from 529 races in the 15 seasons from 1948.

Moss beats the modern driver is that he competed when motor racing was the most perilous occupation ever devised. Between the end of the Second World War and Moss’s enforced retirement 17 years later, some 180 men died in competition, about 50 of whom he knew personally. 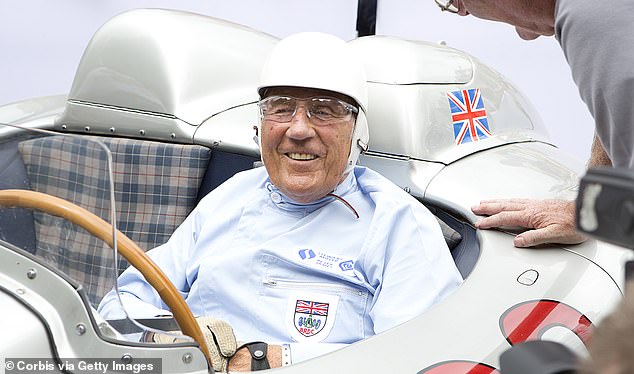 Little wonder then that Moss spoke the argot of the Spitfire ace, in fast, clipped English. He was, in a sense, an heir to The Few. Chaps were addressed as ‘old boy’ and the girls were ‘crumpet’. Big accidents were ‘terrible shunts’.

His deeds were underpinned by total confidence. ‘I believe if a man wanted to walk on water, and was prepared to give up everything else in life, he would do it,’ he once said. ‘I am serious. I really do practically believe that.’

How he disliked the ‘nanny state’ of the safety-first modern grand prix world, which still pays its stars fortunes without demanding the same daily risks. He thought trees should stay up and drivers should be forced to miss them. Danger was part of the thrill.

He could have won the world title had he chosen, rather than drive British cars, then inferior to continental rivals, wherever possible.

‘Everywhere else,’ he once declared of the rest of the world, in a less politically correct time, ‘is a suburb of London.’ The patriot in him meant he once refused to drive a Maserati out of the garage until two Union Flag transfers were stuck on to the livery. 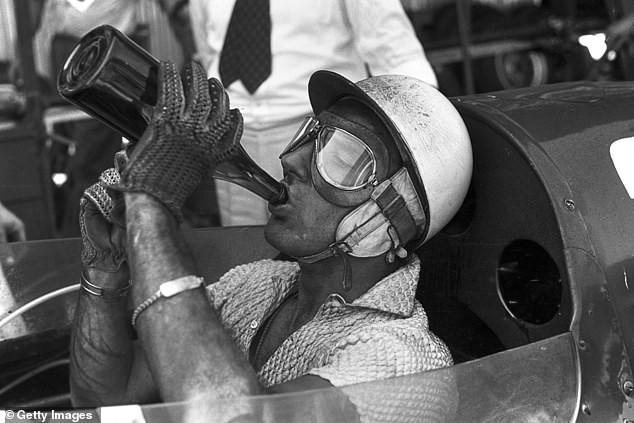 Often his cars were privately owned rather than spanking new factory machines, which meant he conceded speed before he began.

One of his gilt-edged performances in such disadvantaged circumstances came in the 1961 German Grand Prix, where his old Lotus was 20mph slower than the Ferrari driven by that year’s champion, Phil Hill.

On The Ring in the Black Mountains, an undulating terror, 14.2miles long and with 187 bends, depending on who was counting, Moss triumphed by 21.4 seconds.

I asked him as he lay ill in Mayfair which Formula One race he considered his finest. ‘Monaco, 1961, old boy.’ It was a blinder, a race of 1,400-plus gear changes on the absolute limit and in an ageing Lotus be held off the superior Ferraris like a demon.

In the years after Fangio’s retirement in 1958, Moss was perhaps more dominant over the next best Formula One driver than anybody else in history.

But his fame had been secured by then, partly through his win in the Mille Miglia of 1955, a blood-curdling road race across Italy, accomplished in just over 10 hours, seven minutes and 48 seconds at the absurd average speed of 98.53mph. 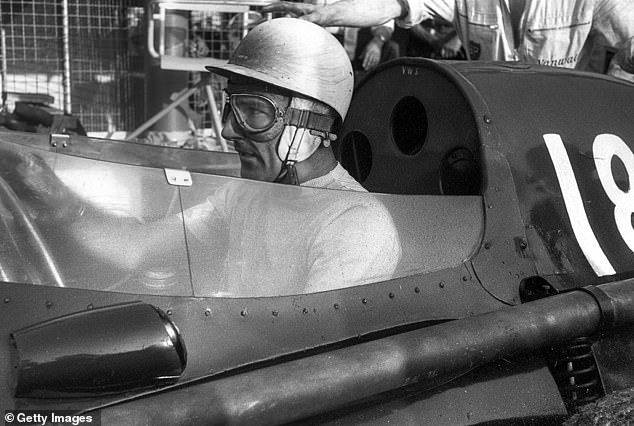 Many consider it the greatest drive in history. Yet after the celebration dinner in Brescia, Moss retained enough energy to drive to Cologne and fly back to London that same night.

While a case can be made for Sonny Liston in America and Ted Dexter in the cricket-playing countries of the old Empire, Moss was arguably the most famous sportsman in the world before Muhammad Ali played to giant television audiences.

A postbag of 10,000 letters arrived annually at Moss’s door, all replied to personally and promptly.

At the heart of his appeal to the British public was his profound sense of fair play, never better illustrated than when he campaigned for Mike Hawthorn not to be disqualified from the 1958 Portuguese Grand Prix for reversing on the track.

Hawthorn kept his six points and went on to become the first British world champion, by one point from Moss. 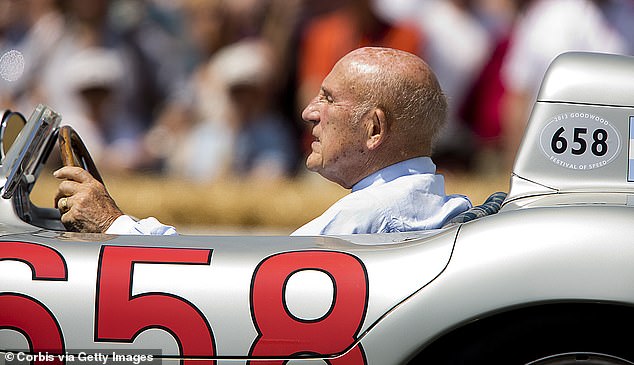 Moss shot to fame after his Mille Miglia win, an epic race across Italy in this very car

What was the use of pining for the title after that? Would one championship have proved him Hawthorn’s equal? Would it have meant he was a fifth as good as Fangio? Double tosh.

After his terrible accident on Easter Monday 1962 at Goodwood, probably caused by the throttle jamming open, though nobody knows for certain, it took a team of marshals with hacksaws and shears 40 minutes to cut Moss free. He was in a coma for more than a month.

His nose was broken, his left cheekbone crushed, an eye socket displaced, an arm broken, a leg fractured at knee and ankle, his muscles torn, and his brain so badly battered that he was paralysed down his left side.

That was it. After a private test session back at Goodwood the following year, Moss declared his career over at 32. We never did get to learn how he would have fared under the wing of Enzo Ferrari, who coveted his services so avidly that he had recently promised Moss whatever he wanted, including the ultimate gesture of allowing him to have the car painted blue. 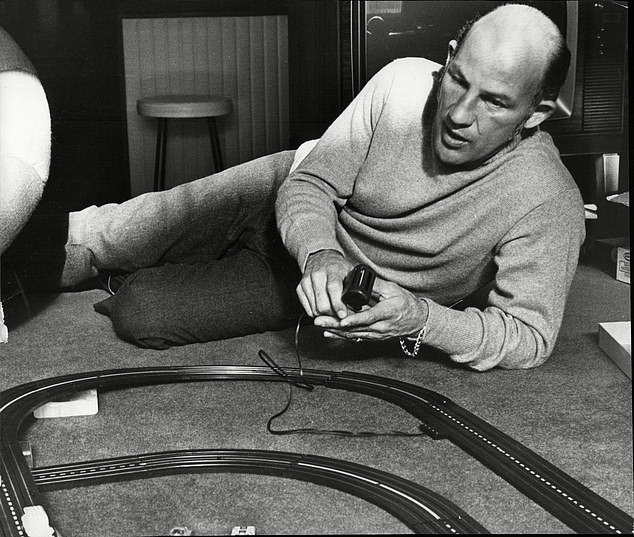 Moss declared his career over at 32-years-old, but lived on as ‘Mr Motor Racing’

Moss had made a good living out of his exploits and continued to trade off his highly marketable legend as ‘Mr Motor Racing’ up to his death, as well as taking part, often with success, in races until he ‘retired’ again, once and for all, aged 81.

He was always perfectly turned out, usually in grey flannels, and never, ever, in jeans – keeping himself busy with dinners, broadcasting, public speaking, openings of this and that, book launches, or some scheme or other dreamt up in his fertile mind in his Bond-style house in Mayfair, bought for £5,000 as a bombsite in 1961 and designed to his own imaginative specifications.

There the piano plays automatically and the TVs come out of the ceiling, activated by control panels. 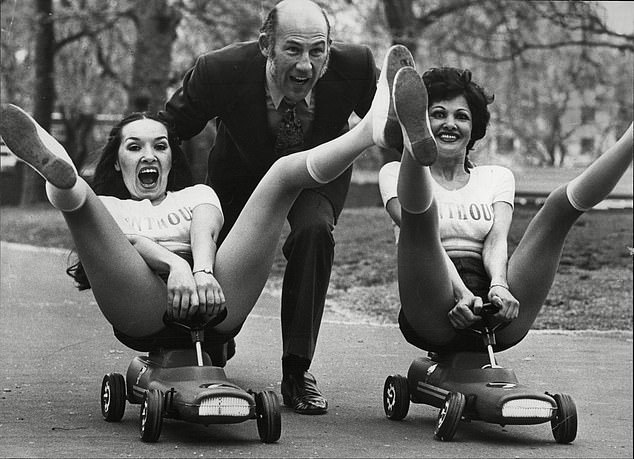 But the endless gadgets could catch him out, most spectacularly when he stepped into an open lift door only to find the cabin was not there. He fell three storeys down the shaft. His son, Elliot, rushed to call an ambulance. Moss, then 80, and having suffered serious injuries to his ankles, feet and back, did not lose his sangfroid.

‘Really, old boy, there’s no need to make a fuss,’ he insisted.

A caller to the house would be shown a cabinet of his green and black scrapbooks. ‘Green ones are for racing, black ones are for crumpet,’ he would chortle.

However, such a professional was he during his career that he limited sex to two days a week, later relaxing his approach but only somewhat. Post-racing, he drank moderately, but loved chocolates. 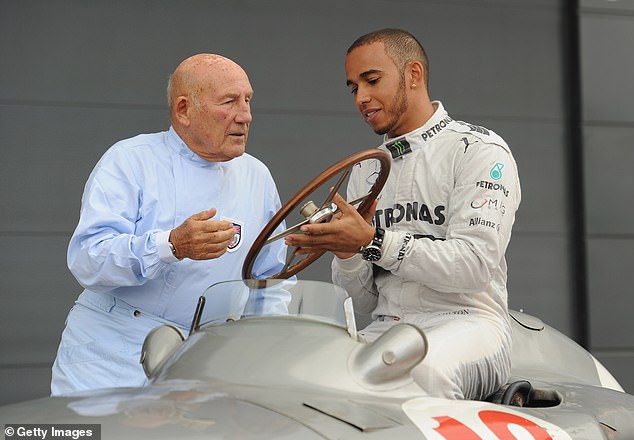 It was his third and doting wife of 40 years, Lady Susie, who was his real diamond, his prompt and his stay. A smiling, vivacious lady, she was unfailingly at his bedside over the last few years.

It was a privilege to know them as a couple and to visit them to the end. The nurses who looked after him told me that however he felt he was always polite to them. Please and thank you all the way.

Moss’s life was defined by his being ‘a racer’, a calling not to be confused with being ‘a driver’.

He wore his glory and his losses alike: lightly. It is but one reason why he so enriched our country’s sport. 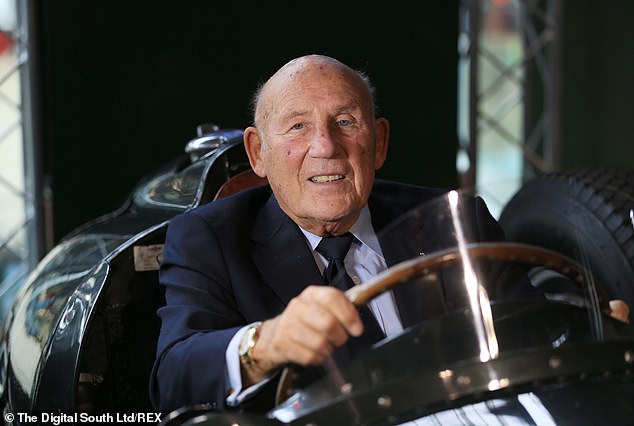