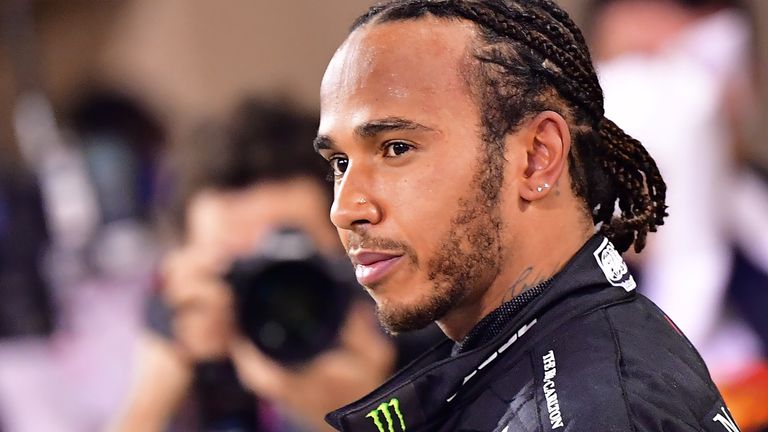 Sky Sports F1’s Martin Brundle and Damon Hill have congratulated Lewis Hamilton on his knighthood and believe the honour is a fitting reward for the seven-time world champion’s achievements in and out of the car.

At the end of a year in which he won a record-equalling seventh F1 world championship and has powerfully used his platform to speak out against racial injustice, Hamilton becomes the fourth F1 driver to be knighted after Sir Jack Brabham, Sir Stirling Moss and Sir Jackie Stewart.

The 35-year-old is the first driver to be awarded the honour while still racing.

“Seven world titles he has in his pocket now equalling the great Michael Schumacher. He tops the tables in Formula 1 for most victories at 95, most pole positions at 98, most podiums at 165. 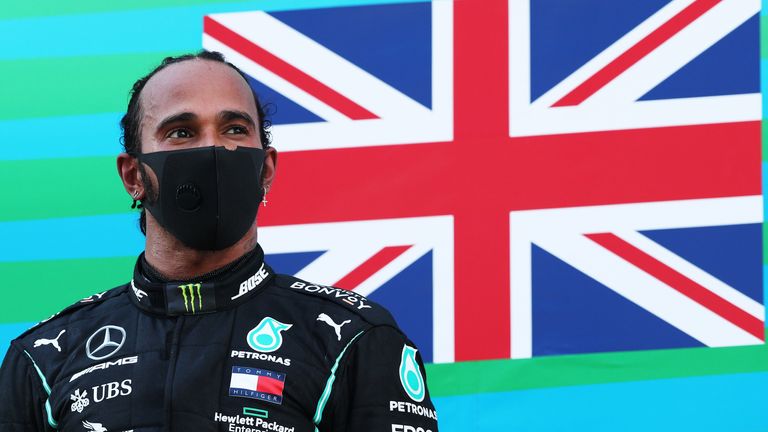 “He’s 36 years old on January 7. Most of the young guns aiming to knock him off the pedestal are 10-15 years younger than him and he still turns up with his A game; full of energy, pushing like crazy.

“If anybody in sporting terms deserves this recognition then surely it’s Sir Lewis Hamilton.”

Given what he has accomplished on and off track this year, Brundle feels “the time surely feels absolutely right” for Hamilton to be knighted.

Congratulations to @LewisHamilton for his Knighthood. 7 titles in 14 years is an amazing record and his work off track in recent times has been powerful too.

Richly deserved and long overdue. Congratulations Sir Lewis Hamilton – Is it ‘Knights Out & Away We Go’ from now on? :)))) https://t.co/nMJ7DDLUGk

Hill, the 1996 world champion, described Hamilton’s honour as “terrific and well earned”, and praised the way in which the seven-time champion has brought issues of social justice and diversity to the forefront both in F1 and wider society.

“He is standing up for issues that are close to his heart and affect everyone, and in our sport it’s very rare for a driver to get involved in anything that’s outside of Formula 1,” said Hill to Sky Sports. 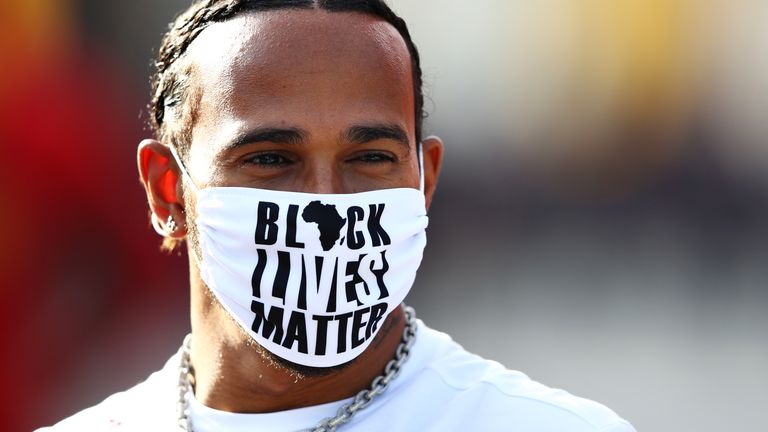 Hamilton was honoured for his services to motorsport on the Overseas and International List, which recognises “exceptional service to the UK abroad and internationally”.

Brundle said: “When we see Lewis up on the podium and we hear the national anthem, and we see him with the Union Flag and being crowd-surfed at Silverstone, this all sums it up in terms of underlining what he has achieved in representing Great Britain and Formula 1.”