Sebastian Vettel’s rise to prominence at Red Bull told David Coulthard it was nearly time to bring the curtain down on his F1 career. Vettel made his F1 debut with BMW Sauber in 2007 and went on compete in seven Grands Prix that year for Red Bull’s sister team Toro Rosso following a mid-season move.

The German won his first race the following year, fending off the likes of Heikki Kovalainen and Robert Kubica to claim victory at the Italian Grand Prix.

Coulthard was in his fourth season at Red Bull in 2008 and ended the campaign 16th in the World Drivers’ Championship standings, eight places worse off than Vettel.

Post-season changes saw Vettel make the step up from Toro Rosso to partner Mark Webber at Red Bull for the 2009 season, with Coulthard taking on a test driver role.

Coulthard, who retired from F1 at the end of 2009, has now lifted the lid on what it was like to see Vettel rising through the Red Bull ranks before replacing him. 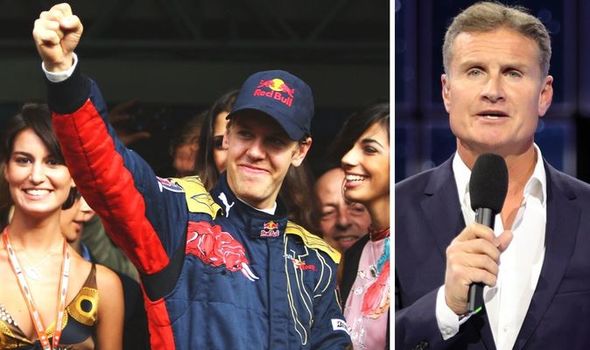 And the Scot has revealed his pride at witnessing Vettel go on to win four World Drivers’ Championship titles on the spin with Red Bull between 2010 and 2013.

“I’d had my time and I recognised that my time was coming to an end,” Coulthard told Irish outlet RTE. “It was clear that Sebastian was the coming man.

“He’d won the Italian Grand Prix in the Toro Rosso in 2008, which was my last year, and then he moved up to the big team.

“I recognised that my career was coming towards its natural conclusion and therefore to have four seasons in helping change the team along with [Red Bull team principal] Christian [Horner] and they continued on to win four World Championships and have continued to be a challenger to Ferrari and Mercedes, I do feel good about that.

Sebastian Vettel tipped to bounce back

Sebastian Vettel out, Carlos Sainz in? 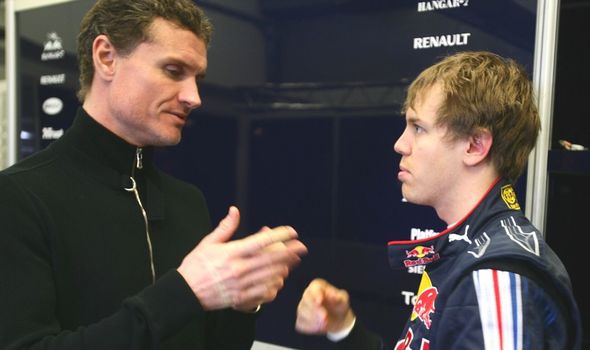 “I look back at my time with Williams, McLaren and Red Bull, having maintained good relations with each of those companies and of course hold affection for each of those because I put my heart and soul into delivering for them.”

Vettel spent six years with Red Bull before making the move to rivals Ferrari ahead of the 2015 F1 season.

Max Verstappen is now their leading hope of winning the F1 title again, with Alex Albon the Dutchman’s current team-mate.

Toro Rosso were renamed as AlphaTauri following the conclusion of the 2019 campaign and now have Pierre Gasly and Daniil Kvyat driving for them.