Bubba Wallace has hit out at the “despicable act of racism” that the Nascar driver was subjected to after a noose was left in his stall at Sunday’s race at Talladega Superspeedway.

Wallace, the only black driver who competes in Nascar, was targeted with the vile act two weeks after successfully lobbying for the American motorsport to ban the use of the Confederate flag, which had been a regular sight at races due to Nascar’s history being rooted in the deep south.

An investigation has been launched and Nascar has vowed to permanently ban the perpetrator from all future races, with the length of rope found in Wallace’s garage stall for the No 43 car at the Alabama circuit.

Wallace has defiantly said that the incident “will not break me” in what was a powerful response to those who have a problem with him competing in the sport, and revealed how a conversation with his mother helped him to see that the racist incident was an attempt to scare him more than anything.

“Today’s despicable act of racism and hatred leaves me incredibly saddened and serves as a painful reminder of how much further we have to go as a society and how persistent we must be in the fight against racism,” he wrote on Twitter.

“Over the last several weeks, I have been overwhelmed by the support from people across the Nascar industry including other drivers and team members in the garage.

“Together, our sport has made a commitment to driving real change and championing a community that is accepting and welcoming of everyone.

“Nothing is more important and we will not be deterred by the reprehensible actions of those who seek to spread hate.

“As my mother told me today, ‘They are just trying to scare you.’ This will not break me, I will not give in nor will I back down. I will continue to proudly stand for what I believe in.”

The Nascar Cup Series race had to be postponed due to bad weather and is due to take place on Monday, but that did not stop the controversy from taking place as a number of fans displayed Confederate flags outside of the track, with many seen flying from pick-up trucks. 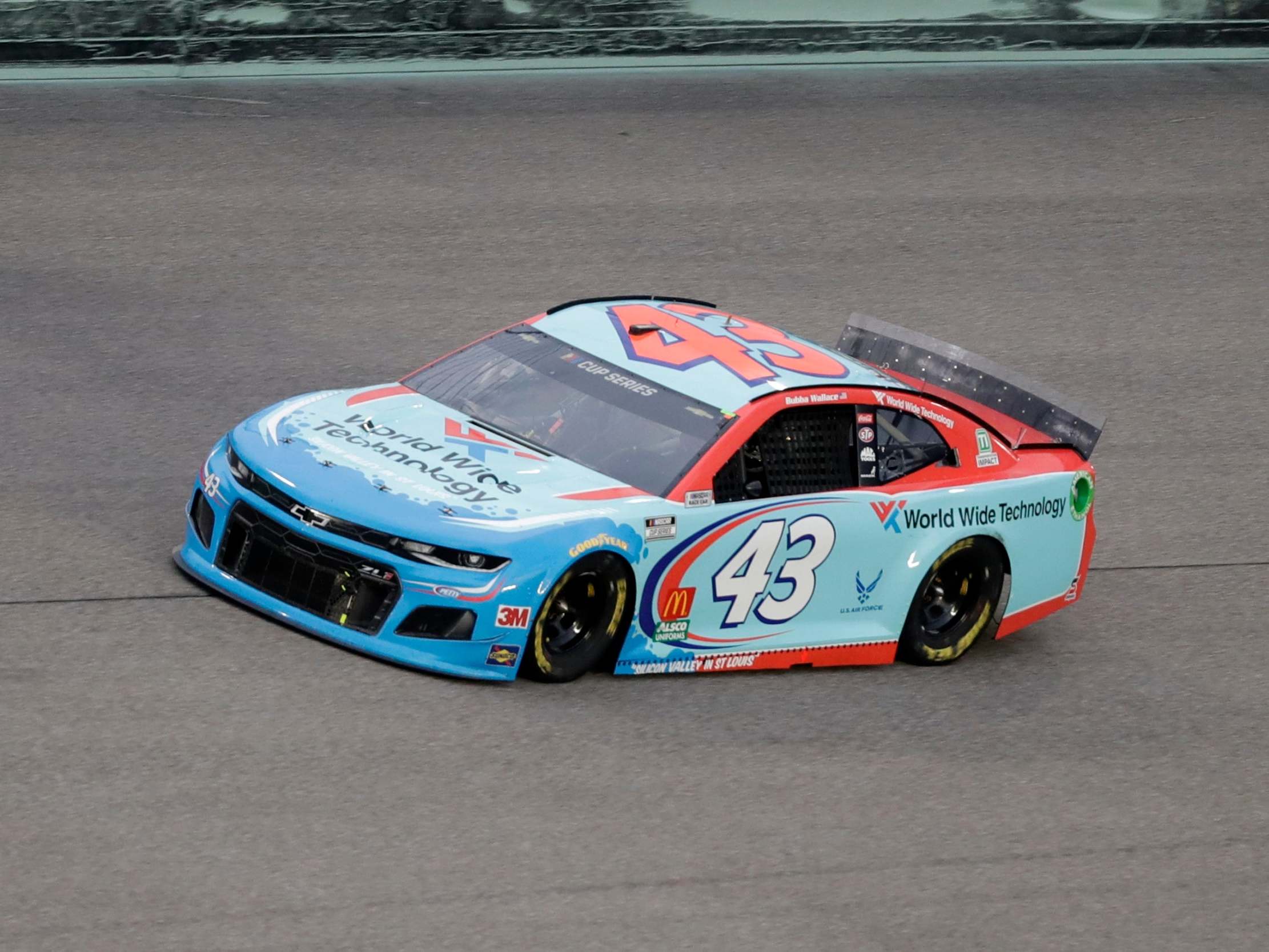 A plane was also flown over the track with the message ‘Defund Nascar’ displayed from the back of it in a protest against the Confederate flag ban.

Nascar announced earlier this month that the divisive flag will no longer be permitted at races, which triggered an angry response from the sport’s fan base.

However, the latest incident involving the noose displays exactly why Nascar has been forced to tackle the undercurrent of racism that blights the sport.

“Late this afternoon, Nascar was made aware that a noose was found in the garage stall of the 43 team,” a Nascar statement read.

“We are angry and outraged, and cannot state strongly enough how seriously we take this heinous act. We have launched an immediate investigation, and will do everything we can to identify the person(s) responsible and eliminate them from the sport.

“As we have stated unequivocally, there is no place for racism in Nascar, and this act only strengthens our resolve to make the sport open and welcoming to all.”