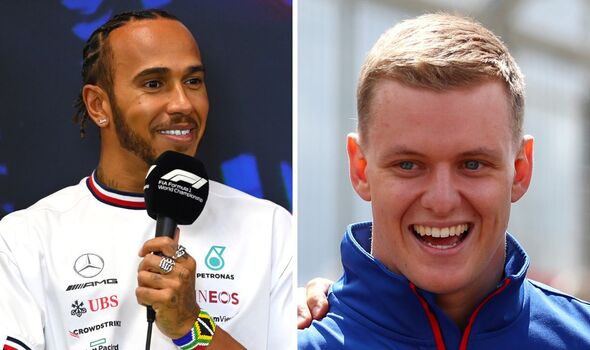 Lewis Hamilton and George Russell will be joined by Mick Schumacher in the Mercedes garage next year with the German coming in as the team’s reserve driver. But Ralf Schumacher believes his nephew has all the capabilities to take Hamilton’s seat at Mercedes once the legendary Brit retires.

Mick Schumacher was left without a seat for the 2023 season after Haas replaced him with Nico Hulkenberg. But he’s now joined Mercedes in a reserve role where he will be working closely with Toto Wolff along with both Hamilton and Russell.

For Hamilton, it’s unclear how long he plans to remain in F1 with his current contract expiring at the end of 2023. He’s set to sign an extension before the new season starts, but it could potentially be his last in F1, opening up a door at Mercedes to replace the seven-time world champion.

And Ralf Schumacher believes his nephew will be in a perfect position to take the seat alongside Russell. “It’s a great opportunity for Mick. He can watch a top team and learn a lot,” he told Sport1.

“It’s not just a role as a test driver, where he can help Mercedes back to the top from the simulator. Also a spare role, where he can replace someone. We’ve had this enough in the last three years.

“Although Lewis is still an absolute top driver, but he’s not that young anymore. You never know. In any case, I think it’s a win-win situation for the team and for Mick.”

Ralf Schumacher’s preference would have been for Mick to find a seat on the grid for the 2023 season. But he accepts that it just simply didn’t work out with Haas and moving on was better for both parties.

“Another season with a permanent cockpit would have been better, of course, because driving is still the best thing for further development,” he added. “On the other hand, with Haas he lacked the necessary support, it would have been very difficult for him.

“If a team boss doesn’t believe in a driver, you should split up. From a purely sporting point of view, Mick’s curve was clearly pointing upwards. Therefore, one does not necessarily have to understand Haas’ decision. Anyway: under these circumstances it was the optimal solution for Mick.”