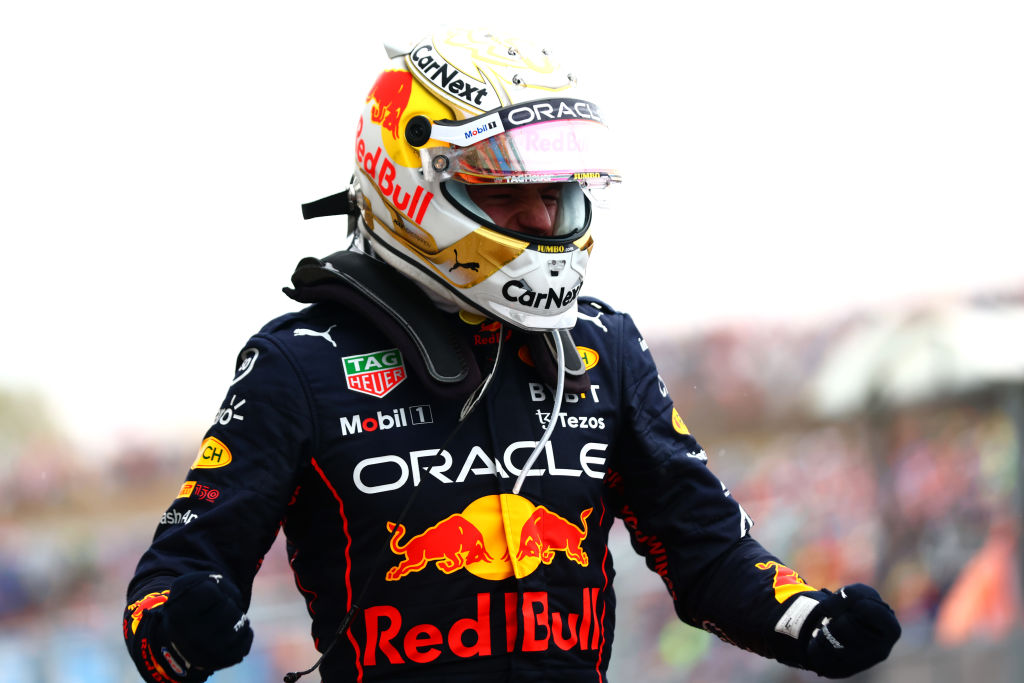 Max Verstappen pulled off a stellar driver to come from 10th on the grid to win the Hungarian Grand Prix.

Mercedes duo Sir Lewis Hamilton and George Russell completed the podium, with the former mounting a late charge on the quicker, soft tyres and had the pace to pass Verstappen but simply ran out of laps.

Russell led the first-half of the race after claiming his first career pole on Saturday, holding off the Ferraris of Carlos Sainz Jr. and Charles Leclerc, but after the first round of stops, Leclerc emerged quickest on the track and took the lead.

It was a tense race with the top six drivers all looking in contention to take the victory at various stages of the 70 lap race at the Hungaroring, but after the second round of stops, it was Verstappen who began to set the pace, easily passing Leclerc who had bizarrely pitted for the much slower hard tyres.

From then on it was a clear run to the finish for the Dutchman, and despite having a spin at the last corner, he recovered to claim his eighth win of the season and extend his lead at the top of the standings.

‘I was of course hoping I would get close to the podium, but it was very tricky conditions out there but we had a really good strategy, we were really reactive, always pitting at the right time,’ the Red Bull driver said post-race.

‘Even with the 360 [spin] we still won the race. I was struggling with the shifts and the clutch and we had to change a few things around that to basically not burn the clutch and that costed a bit of performance and so that caught me out a bit on that corner.

‘I was battling a lot of guys and it was a lot of fun out there. It was a crazy race but of course very happy we won it.’

This was easily Hamilton’s best race of the season and he and teammate Russell can take heart that Mercedes now appear to have a car that can challenge Red Bull and Ferrari for victories.

‘I was definitely struggling at the beginning but bit by bit I got more comfortable with the balance,’ Hamilton said.

‘I had a really good start so I want to acknowledge my team. We’ve had a tough year and for both cars to be on the podium is an amazing way to go into the [summer] break.

‘The other guys have an edge but we are clearly closing the gap. Hopefully we can bring some more into the second half of the season and start fighting with them.

‘I was hoping it was going to rain at the end so I could challenge Max but we ran out of laps. If the DRS had been okay yesterday we’d have been in [a fight] for the win.

‘Two seconds [places] in a row, I’m really happy so a huge thank you to the fans for all the amazing support.’

Verstappen has now extended his lead in the drivers’ championship to 80 points over Leclerc while Red Bull are now 97 points ahead of Ferrari in the constructors’ table with nine races remaining.

This was the last race before Formula 1’s summer break with the next race taking place in a months time in Belgium.