Max Verstappen may be keeping Lewis Hamilton on his toes through the opening four races of the 2021 season, but former McLaren mechanic Marc Priestley believes the Red Bull driver lacks in a certain area to his title rival. It’s been a fascinating start to the new season this year with Red Bull already pushing Mercedes closer than they have in recent years.

Hamilton had previously just had Valtteri Bottas to truly worry about with Red Bull struggling to give Verstappen the car to challenge the British racing superstar on a regular basis.

This time appears different though with Verstappen consistently up there at the front of the grid and pushing Hamilton all the way.

It’s resulted in four thrilling races so far with the Monaco Grand Prix to come this weekend.

With a total of 19 more races scheduled for the remainder of the season, there will almost certainly be more twists and turns.

JUST IN: Lewis Hamilton and Mercedes caught in a storm between heart and head 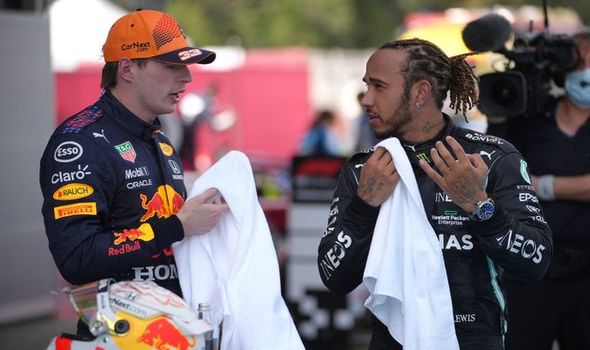 There’s already been some surprises with Hamilton suffering a rare error of judgement at the Emilia Romagna Grand Prix where he touched the wall with the nose of his car before recovering to second.

And there was big drama in the opening race when Verstappen was forced to give up first place to Hamilton after overtaking his rival while exceeding track limits.

Despite being 23 years of age, Verstappen already has bags of experience with this being his seventh full season in F1.

But Priestley, who worked at McLaren when Hamilton was battling with Fernando Alonso back in 2007, believes the seven-time world champion may ultimately come out on top due to his superior experience.

“Hamilton, I think is at his peak like I probably said last year,” he said on his YouTube channel.

“He’s still getting better which is amazing for him and Mercedes at his age.

“They are both excellent drivers, but Lewis has what Max simply can’t have, and that is experience.”

Priestley went on to criticise Red Bull for not reacting quick enough to Hamilton’s pit-stop strategy in Barcelona earlier this month. 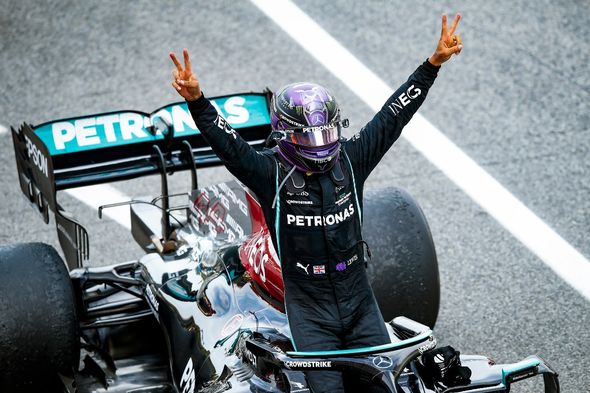 “Mercedes once again showed their experience in winning,” he added.

“It’s not often Mercedes have had to overcome adversity and win.

“They haven’t had much competition from outside their own team and they’re having to delve into other elements of their armoury and Barcelona was a good display of this.

“In hindsight, Red Bull should have reacted to Hamilton’s undercut pitstop.

“It wouldn’t have put Verstappen in front, but it would have had at least put him closer and allowed him to fight towards the end of the race.

“That’s a mistake that Red Bull would’ve changed with hindsight.”