Max Verstappen was far from satisfied when he got out of his car after the second free practice session ahead of this weekend’s Monaco Grand Prix.

The Dutchman has been in superb form this season and has registered top-two finishes in each of the four races so far in 2021.

But after struggling to register consistently quick lap times on soft compound rubber during FP2, the 23-year-old couldn’t hide his frustration when recapping his day’s work behind the wheel.

“Yeah, it’s very tricky out here. It’s so narrow,” he said after the conclusion of the session.

“It’s good to be back. Of course, I would have hoped we would have been a little bit faster, but yeah, anyway, it’s a very cool track to drive on.” 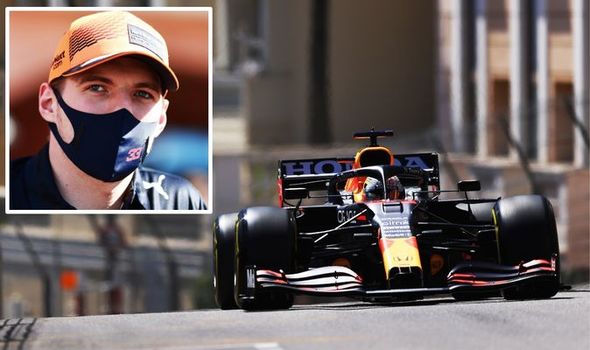 Verstappen revealed that, while he had looked relatively competitive on medium tyres compared to Mercedes drivers Lewis Hamilton and Valtteri Bottas, he found it tough to keep pace with his rivals on the softer compound tyres.

When asked if traffic issues were the reason for his drop-off in competitiveness on softer rubber, Verstappen was brutally honest.

“And not just a little bit, I think quite a bit. “So we need to really find some pace because everyone has traffic, so you have to look a bit more to optimum lap times, so optimum sectors, and we’re quite off.

Also, it didn’t feel great to drive. Normally I’m quite comfortable in the car and quite easily get to a pace, but it all takes too long and not just how I like it. So maybe so far it’s the most difficult weekend.”

While Verstappen was surprised with his car’s relative lack of pace, he was equally shocked to see the success of the Ferrari team, with Charles Leclerc and Carlos Sainz both turning in quick laps around the notoriously tricky street circuit to top the timesheets after FP2.

“Yeah. I’m just surprised how competitive Ferrari is,” he admitted.

“But I think it just shows that we are pretty weak. They are doing very well and we are very weak, so then the offset is very big.

“So luckily we have a free day tomorrow, so we can look into things, but it needs to… a lot of things need to change, I think.

“Still, the gap they have is big around here, so we need to improve a lot to match them.”