Max Verstappen has stressed Red Bull can still challenge Charles Leclerc and Ferrari for victory in tomorrow’s French Grand Prix despite missing out on pole position. The reigning champion revealed his car was “quick on the straights” which the team could use to its advantage over Ferrari in the race.

He admitted qualifying was a “bit trickier” than he expected after being on the pace all weekend. The Dutchman was fastest in FP3 this morning but could not convert his earlier advantage into pole position.

He said: “Well, FP3 is not qualifying clearly. Overall, I think we were lacking a bit in qualifying, just general grip. It was a bit trickier than I think I would have hoped but overall we still have a decent race car.

“Hopefully tomorrow will come into our favour, we’re quick on the straights so we can use that tomorrow. Clearly they’ve been really quick again.” 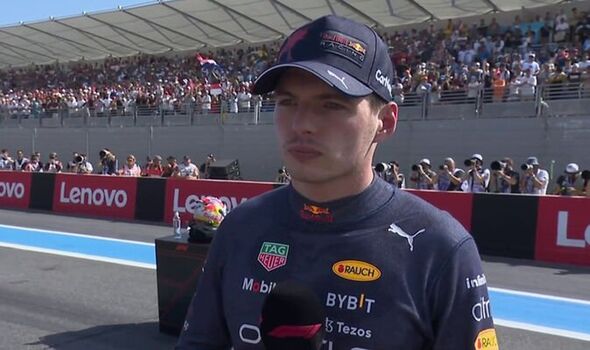 Verstappen was just eight-thousandths of a second slower than Leclerc after his first run in Q3. The Dutchman was able to go faster on his second run but could not get ahead of the Ferrari after clever tactics from the Prancing Horse.

With Carlos Sainz already being hit with a grid penalty for tomorrow’s race, he slowed to give Leclerc a giant tow on the Mistral straight. It allowed the Monegasque to gain extra speed which saw him pip Verstappen by three-tenths.

Red Bull appeared to have favourable race pace over Ferrari during the long runs yesterday which could see the advantage switch for tomorrow’s Grand Prix. The team also look to have a slight advantage on the straights which is likely to help overtaking down the back straight. 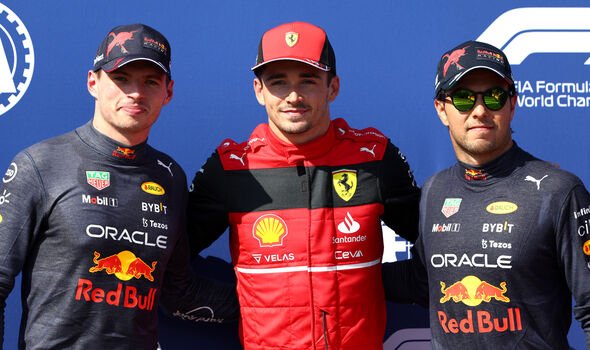 After the session, Christian Horner consoled Verstappen over team radio as the team principal blamed the wind for the loss of pole.

He said: “A slightly unfavourable wind in that lap, front row though – nice job.” Verstappen replied: “Yeah it was a bit tricky that last lap but it’s okay.”

Later on, Horner admitted the team could have been closer to Ferrari without the tow but added it was unlikely to change the result.

The Red Bull boss explained: “I think we might have been a tenth or a tenth and a half closer [without it], but just over that one lap Ferrari had the advantage on us today, We’ve got two very different concepts of attacking this race track this weekend; Ferrari running a little bit more downforce and we’re a bit more trimmed out.

“To have both cars up there, we’ve got two versus one which is always an interesting strategic dynamic.”