Max Verstappen is glad to see Nico Hulkenberg back on the grid for Sunday’s British Grand Prix. Racing Point drafted in the experienced German on Thursday after Sergio Perez tested positive for coronavirus.

Hulkenberg quickly got to grips with the RP20 and will start 13th on the grid at Silverstone – seven places back from temporary team-mate Lance Stroll.

The 32-year-old’s performance in qualifying was impressive given he’s been out of F1 for eight months after leaving Renault last November.

And Verstappen, who will start the British Grand Prix in third, says while Hulkenberg will be feeling the physical strain, he “deserves” a spot on the grid.

“I could see after the first practice his neck was hanging to one side,” Verstappen said. “He has quite a long neck so that is also… that’s not nice to have in F1.

“It’s tough, because I spoke to him about it back in the day when he was still in F1 fulltime. He didn’t enjoy that. 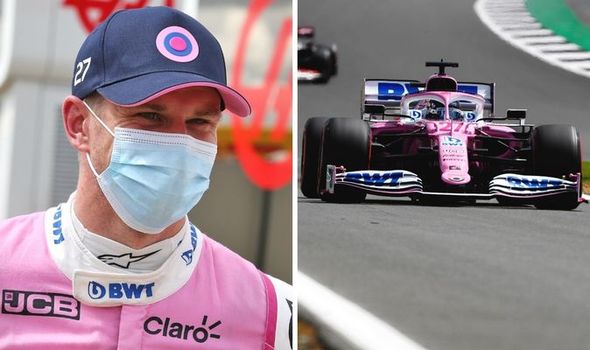 “It’s tough, you can train as much as you want; the first time you go in an F1 car with these speeds, especially around here, you will be sore.

“You can train every day with your neck but the first time it’s always going to be sore so I’m 100 per cent sure of course, when he woke up today he felt it.

“But anyway, it doesn’t matter to him anyway, he’s happy to be here and he should be here anyway because I think he still deserves his spot on the grid.”

Sunday’s pole-sitter Lewis Hamilton admits former Force India driver Hulkenberg is in for a tough task dealing with the g-forces at Silverstone in his first race back in F1. 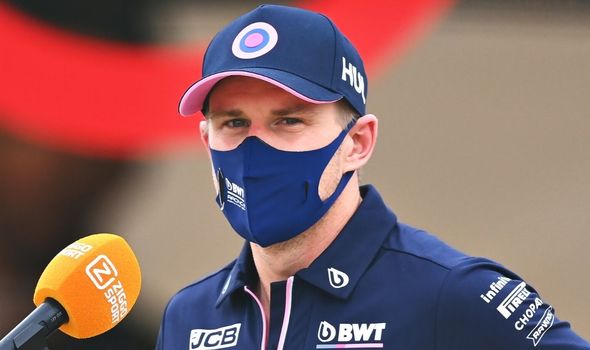 But he’s pleased to see his old rival on the grid – even if it’s only until Perez returns to action for Racing Point.

“Definitely not the best one to come to, your first practice, your first race for the neck,” Hamilton said. “Copse is flat out so it’s a pretty intense combination of corners so I wouldn’t be surprised if this morning he woke up with quite a few bruises and sore but he’s generally always been really in good shape.

“I saw him walking in, he looked like he never left. But think it’s even more so, it’s probably the prep is a big part, your understanding of the car, that’s probably the biggest part.

“When you don’t know the car, you don’t know the tools you have or the simulations that the team uses. I can’t even tell you how far behind he is with that. But he is a great driver but if anyone can do it. It will be him, for sure.”