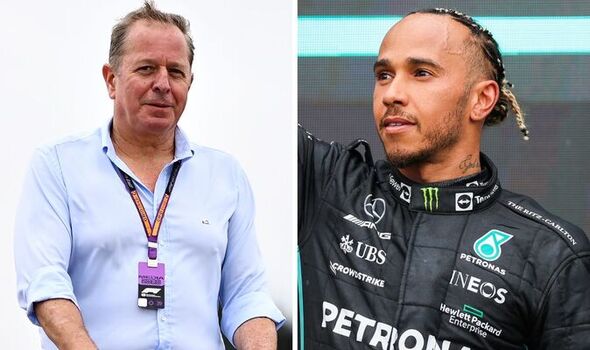 Martin Brundle feels Lewis Hamilton ended up adding more “torment” to Ferrari’s torrid race in Sunday’s Hungarian Grand Prix. Mercedes have been on a resurgence over the past few months after falling behind both Red Bull and Ferrari at the start of the campaign with the new regulations.

Heading into the Hungarian Grand Prix, Hamilton had secured four consecutive podium finishes and finally broke into the top two at Paul Ricard the week prior with George Russell just behind him. A surprise first pole position for Russell at the Hungarian Grand Prix raised even more eyebrows that maybe Mercedes were finally able to compete with their rivals on the track.

It was a more frustrating qualifying session for Hamilton though as a faulty DRS system saw him only manage seventh on the grid. The seven-time world champion ended up starting on the medium compound for Sunday’s race and immediately jumped up the grid past both Alpines after lights out and was quietly going about his business while Russell tried to fend off both Ferraris.

After Russell was caught, it looked as though Ferrari were on course for a straightforward one-two finish with Red Bull unable to challenge. But the head-scratching decision to bring Leclerc on for hard tyres threw the race wide open for anybody to win it. 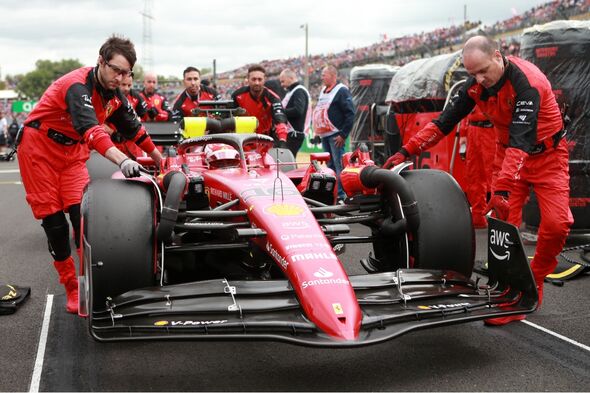 The Ferrari driver ended up pitting a third time before the end of the race to dampen his woes even further. Carlos Sainz didn’t manage much better, despite following a similar tyre strategy to Hamilton.

Both Sainz and Hamilton went medium-medium-soft, but the latter was able to manage his tyres much better and was the quickest car on the track in the final few laps. And Brundle feels that will hurt Ferrari most seeing Mercedes perform better even on a similar strategy.

“The Mercedes really did use the soft tyres well in the closing stages and Lewis rose to the occasion as usual for his fifth straight podium,” he wrote for Sky Sports. “He and the team did make a medium/medium/soft tyre strategy work by pitting on lap 51, just to torment Ferrari a little more.”

Brundle felt for Russell in not being able to challenge more at the front after nabbing pole on Saturday. And the Sky Sports pundit feels that Mercedes are “pretty confused” each weekend on how to get the best out of their W13.

“Russell would have been very disappointed in third having been caught and passed by Hamilton on a different strategy, but he played his part for the team very well out front,” he added. “They still seem to be pretty confused as to why the Mercedes works sometimes better than others and they had a wild weekend trying to harness it.

“If they can’t work out the problem then there’s no point in anybody else having an opinion as to why.”