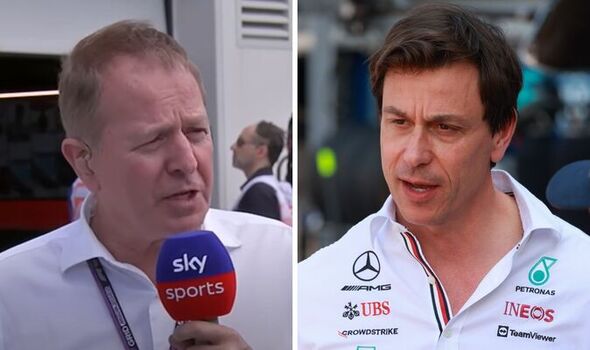 Martin Brundle can’t seem to get his head around Mercedes at the moment, describing the reigning constructors champions as “confusing”. The Silver Arrows have been off the pace this season with Toto Wolff’s team playing catch up to Ferrari and Red Bull.

Porpoising has plagued their season and the issue came to a head at the Azerbaijan Grand Prix, with Lewis Hamilton clearly affected by the continued bouncing effect. The Mercedes pair still managed to finish third and fourth respectively due to Charles Leclerc and Carlos Sainz retiring from the race.

And it was the same result in Canada, although the team came away from Montreal far more buoyed about the direction they are heading in than a week prior. They’re just 40 points adrift of Ferrari in the Constructors’ Championship while George Russell is only 18 points back from Charles Leclerc.

The difference a week has made at Mercedes has certainly left Brundle bamboozled though, following his conversation with Wolff in Baku.

JUST IN: Hamilton asks Russell to do more ‘experiments’ ahead of British GP 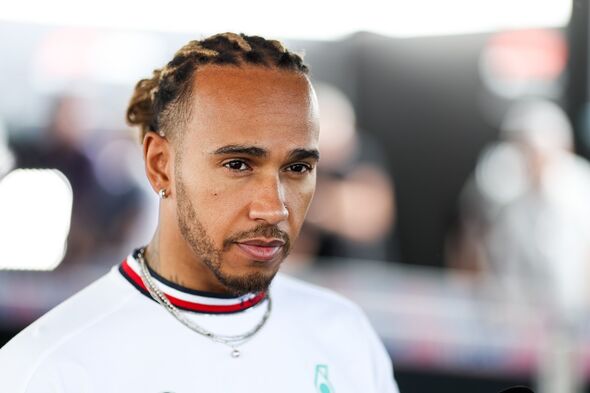 “The Mercedes team are so confusing for everyone at the moment, including themselves,” Brundle wrote for Sky Sports. “On Friday Lewis declared the car was undriveable, which is indeed exactly how it looked, and in a Sky F1 interview he strongly intimated that it was now about making the best of a bad job for the rest of the long season.

“Team boss Toto Wolff said similar things to me in an interview having described the car as a ‘s***box’ just a week earlier.”

Hamilton was more than a minute behind Max Verstappen when he crossed the line in Baku with Mercedes unable to show any true pace. But the main take away from Montreal for Mercedes was how close they were to their rivals this time around.

Russell, in fourth, was only 12 seconds behind Verstappen when he crossed the line while Hamilton was matching the leaders for race pace before the final Safety Car. Brundle still feels there is work to be done for Mercedes, but Montreal was a promising sign and there is some optimism at the team heading into the British Grand Prix.

“Then in the race both Mercs were flying along almost on the leading pace,” he added. “To be realistic, if Charles Leclerc and Sergio Perez had had normal qualifying and race performances, and had we not had two virtual and then one actual safety car, it would likely have been a solid fifth and sixth for the Merc boys.

“However, once again there does appear to be a good car under that shrink-wrapped bodywork, and they fancy their chances at Silverstone which is next up.”