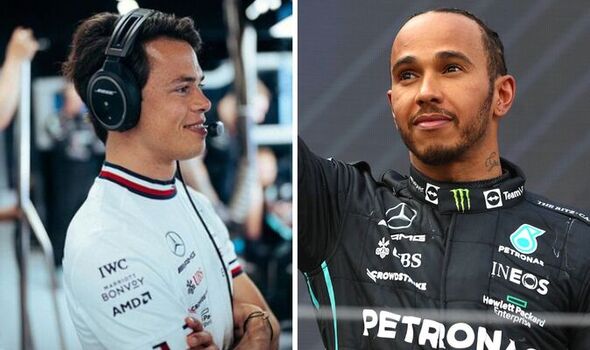 Nyck de Vries has spoken for the first time since it was announced he would be replacing Lewis Hamilton in FP1 for the French Grand Prix this weekend. New F1 rules in place for the 2022 campaign require every team on the grid to provide two FP1 slots to ‘rookies’ throughout the season.

De Vries and Stoffel Vandoorne are both Mercedes reserve drivers for this season, but the latter is yet to drive in F1 since leaving McLaren at the end of the 2018 season. The 27-year-old has already had his first taste of F1 this year, taking Alex Albon’s seat at the Spanish Grand Prix in FP1.

And he’s now set to make his Mercedes debut this weekend at Paul Ricard, with Hamilton departing his seat for De Vries in FP1 on Friday. The Dutchman has now taken to social media after the news broke on Wednesday.

He wrote on Instagram: “Driving FP1 for @mercedesamgf1 in Paul Ricard this weekend. Thank you.” De Vries was originally part of McLaren’s young driver programme back in 2010 before leaving in 2019. 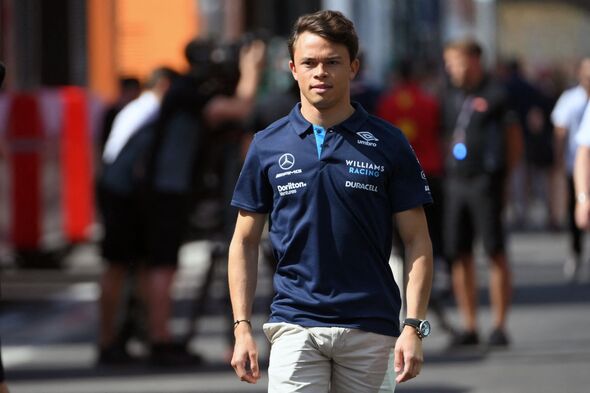 He was part of the talented group of drivers in the 2018 F2 Championship which included the likes of George Russell, Lando Norris and Alex Albon. All three drivers ended up getting an F1 seat the following season as De Vries remained in the F2 Championship.

The following year saw De Vries storm to win the championship ahead of Nicholas Latifi by an impressive 52 points. But he was once again snubbed by F1 teams as the Canadian racing driver was picked up by Williams over the Dutch driver.

When it became clear that a seat wasn’t going to open up for him in F1, De Vries made the move to join Mercedes in the Formula E Championship. And he didn’t take long to settle, winning the title last year with expectations growing that he will soon get a chance in F1.

He has already been described as Toto Wolff’s ‘insurance policy’ should Hamilton quit F1 before the end of his contract in 2023. While De Vries will take Hamilton’s seat in FP1 this weekend, it’s so far unclear when Russell will step aside for another rookie.

As Vandoorne doesn’t qualify as a ‘rookie’, Mercedes could turn to Frederik Vesti. The Danish driver has been part of Mercedes’ young driver programme since 2021 and currently drives in the F2 Championship.