Lewis Hamilton has been handed a fresh boost with Mercedes team principal Toto Wolff already in talks over extending his contract. The Austrian has put claims he might leave Mercedes for a role in Aston Martin’s road car division to bed by confirming he is merely investing £37m in the British manufacturers.

Motorsport.com now report Wolff and Mercedes are holding discussions about the team principal formalising his commitment to their F1 operation.

Wolff has enjoyed immense success since taking up his position at Mercedes in 2013 and helping transform them into F1’s dominant force.

The Silver Arrows have now won six consecutive World Constructors’ Championships, with Hamilton and Nico Rosberg ensuring they have made a clean sweep of drivers’ titles over the same period.

Wolff now appears set to extend his contract beyond the end of the 2020 F1 campaign – which may prompt Hamilton to do the same. 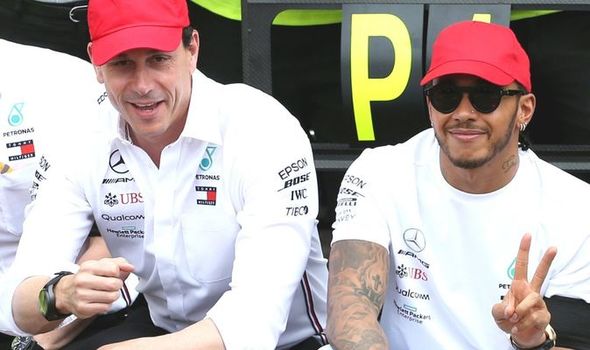 The Brit has previously been open about his plans going forward depending on what the Mercedes team principal decides to do.

Speaking at the FIA’s annual awards gala after his sixth title win last year, Hamilton said: “I’ve been with Mercedes since I was 13 so it’s really hard to imagine myself being anywhere else.

“What we’ve built in the period that I’ve been there over the last seven years – but obviously Mercedes have been working for longer than that – is, at the moment, it’s dominant, it’s a strong force.

“And I think it’s taken us time to build that, to build the strength in depth from within and have the consistency we’ve had. 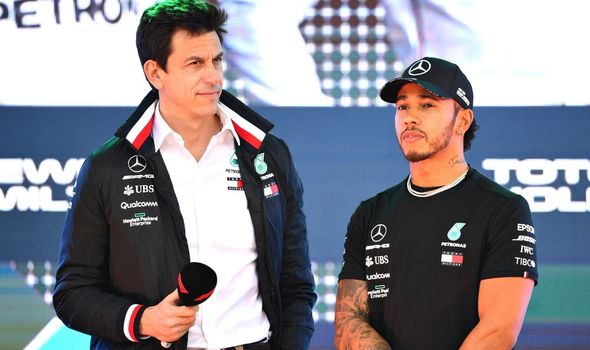 “It’s not just come over night and other teams don’t currently have the elements that we have in place and it takes time to build those things.

Hamilton has been offered an extension on his current £40m-a-year contract and might now sign it before the start of the new season.

The 35-year-old was due to begin his sixth title defence last month but the first nine Grands Prix of 2020 have been called off due to the coronavirus pandemic.