Lewis Hamilton has been backed to extend his stay with Mercedes because Valtteri Bottas is the only F1 driver who can get anywhere near him. The Brit is on the cusp of winning a seventh F1 Drivers Championship. He’s way ahead of his Finnish team-mate and former Formula One star Max Chilton can’t see him leaving.

Hamilton has been coy about what the future holds, with the Brit refusing to commit to Mercedes for the time being.

Hamilton has been dominant of F1 in recent years and Chilton thinks that, with Bottas the only driver who can near him at present, there’s no chance of him jumping ship.

And he also believes the 35-year-old will retire once he’s won the crown for an eighth time.

“In short, I can’t see Lewis leaving Mercedes,” Chilton wrote in his column for GQ Magazine.

“Lewis clearly wants a record 8th world title, and the best place for that to happen is with Mercedes. 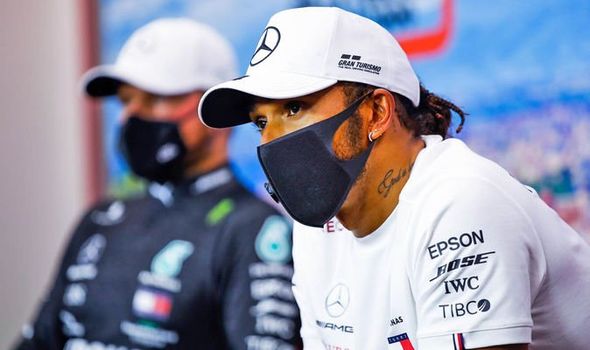 “They have the best car, so why would he want to bring this record-breaking partnership to an end?

“We have seen this season that the only driver who has put him under pressure is his teammate Valtteri Bottas, so why give up that advantage?

“What I can see happening is Lewis doing one more year with Mercedes, winning that record-breaking 8th title, and then retiring.

“I can’t see him following Fernando Alonso in trying to win the triple crown and competing in Le Mans, Dakar and the Indy 500. I also can’t see him going to Ferrari like so many champions before him.

“What drives Lewis on, race after race, season after season, is an unmatched competitive spirit – and if the car is not performing to his expectations, it could quickly turn into a nightmare. 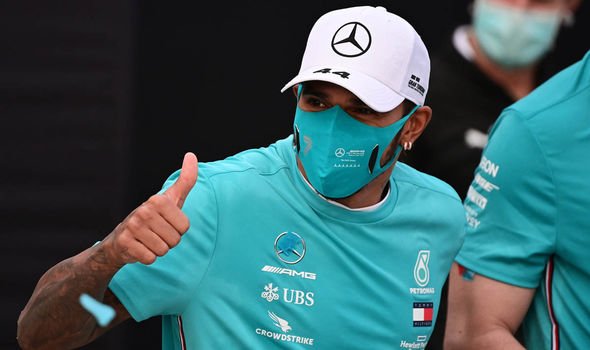 “You only have to see what has happened to Sebastian Vettel to see why a change may not be a good thing. Retire at the top, retire as the greatest. That is what I hope he does.”

Chilton does think, though, that Toto Wolff could leave Mercedes.

“Toto Wolff, however, is a different story,” he said.

“I can see him leaving Mercedes. He has done an unbelievable job with the team, but I wonder if he wants a new challenge.

“He has so many ties with Aston Martin and Lawrence Stroll that a move could well be on the cards sooner rather than later.”

Meanwhile, Hamilton recently expressed a belief that Bottas ‘doesn’t get the respect he deserves’.

“I think Valtteri doesn’t get the credit that he’s due because he does an amazing job,” said the 35-year-old.

“He’s an incredibly fast driver, and I think he’s better than a large portion of the field that are here – not only in his driving but also in his mental attitude and approach, because being a driver is not just about driving, it’s not just about practice.

“It’s about how you bring and elevate people around you, and he’s great at that.”

Hamilton has won 40 races since Bottas joined, with latter managing just nine in that time.