F1: Hamilton and Bottas take the W12 Mercedes around Bahrain

Ex-Formula 1 driver Ralf Schumacher reckons Lewis Hamilton will make more mistakes than usual this year because Max Verstappen will push him closer than ever before. Mercedes have won the last seven Championships and are expected to extend their dominance this term.

Hamilton is looking to pull away from the world title record he shares with Michael Schumacher, but he will not have it his own way this term.

Verstappen has already shown in the opening two races of the season that he is ready to launch his first serious assault on the Drivers’ Championship.

Rare mistakes have started to creep into Hamilton’s races and Schumacher reckons he knows why.

“Hamilton has to go more to the limit now to even keep up with Verstappen,” he told Sky Germany. “And when I go to the limit more, mistakes happen.

“It will be close again between Lewis and Max. However, I see the Mercedes almost stronger than the Red Bull at this circuit.” 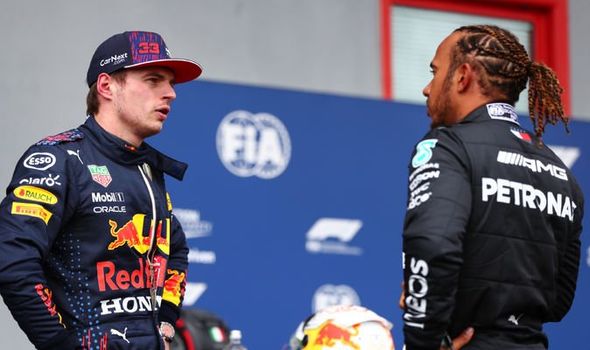 Hamilton won the season-opener in Bahrain and Verstappen emerged victorious at the Emilia-Romagna Grand Prix.

The pair will next lock horns in Portugal this weekend and Schumacher is expecting fireworks.

“We saw it last year that it’s a difficult circuit,” he explained. “It’s new, but it’s very fast.

“There are many passages that you can’t see at all. Therefore, there is room for a lot of mistakes.

“If a car doesn’t work, it’s obviously difficult for the driver.”

“Why not? I think he is bloody good,” Berger told the F1 Nation podcast. “Of course he doesn’t have to experience of Lewis and Lewis showed him the way in Bahrain when he sent him out.

“But he learned very quick and the first corner at Imola he just said ‘Lewis, come and try to overtake me, you’re gonna go off’. 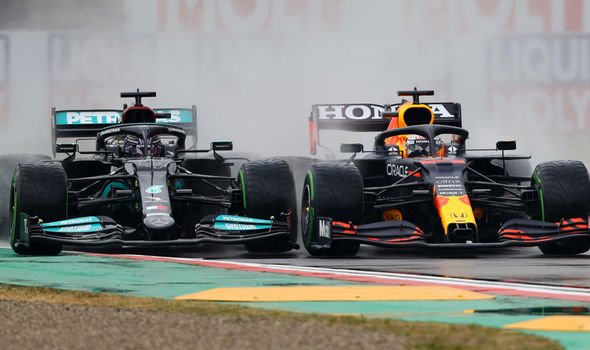 “So I think he already has experience, he’s still young, and what he doesn’t have he learns very quickly.

“So I think there is gonna be a strong fight.”