Lewis Hamilton has raised the standards of F1 and deserves every comparison with Michael Schumacher, according to F1 supremo Ross Brawn. The Brit won the title for the seventh time in 2020, drawing level with the iconic German. And, should he extend his stay with Mercedes as expected, he’ll be out to etch his name further into the record books.

Hamilton was in dominant form in F1 this season, with the Brit cruising his way to yet another title.

He’s now the overwhelming favourite to win the BBC Sports Personality of the Year award, despite the likes of Tyson Fury, Jordan Henderson, Ronnie O’Sullivan, Stuart Broad and Hollie Doyle also being in contention.

Hamilton continues to set the Formula One world alight and Brawn has now hailed him, believing he’s raising the standards of the sport.

“I think it has to be Lewis,” he told Formula1.com when asked who his driver of the year was.

“I say ‘it has to be’, in the sense that he’s set a new benchmark in terms of World Championships, and I think it’s very easy for people to assume he had the best car, so it was an easy exercise.

“It was far from the case; he definitely won races he shouldn’t have won. 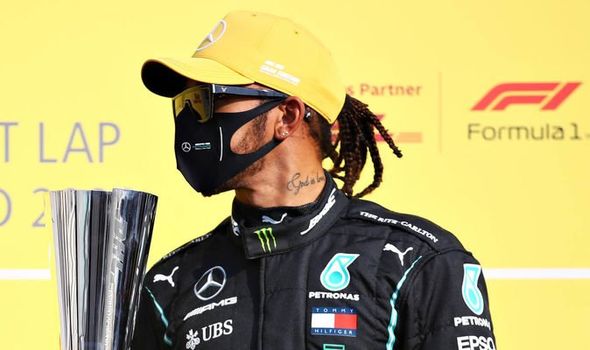 “We think of Turkey – probably the most difficult race of the year – and he sat there quietly getting on with it until the opportunity came to pounce and there he was and won the race.

“He endorsed what we already knew: he’s a truly exceptional driver, definitely in the higher echelons with the Schumachers, and the Sennas. He’s in that group, there’s no doubt about it.”

Brawn did, however, express a belief that Max Verstappen had matured on the track.

The Red Bull star finished third, with only Hamilton and Valtteri Bottas ending up higher.

And Brawn said: “I thought Max [Versatppen] matured very well this year, I think compared to Max a couple of years ago.

“He was pretty unlucky this year, I have to say. There were a couple of times the car didn’t quite [perform]… and he got caught up in accidents which were not his fault and we were deprived of seeing some great races from him.” 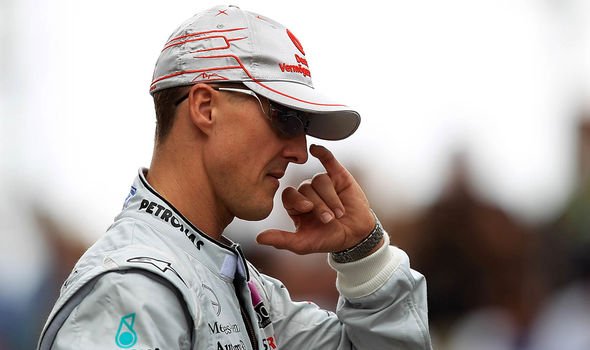 Hamilton’s future with Mercedes is currently up in the air.

But, speaking after the recent Abu Dhabi Grand Prix, he admitted he was hoping to stay with Mercedes despite issues over a new contract.

“Hopefully over the next couple of weeks,” he said when asked about when he intends to sign a new deal.

“We would love to get it done before Christmas, I think.

“I hope we can begin this week, discussions, and hopefully get it tied up before Christmas.”

Toto Wolff admitted they were now ‘ready to have the conversation’ about Hamilton’s future.

“We will have this conversation,” he said. “We were delayed.

“We always said we would do it after the title was won, and then the virus delayed us for another 10 days, two weeks.

“Now we just have to sit down, maybe virtually, maybe live.”