Lewis Hamilton always looked likely to eventually sign a new deal with Mercedes before the start of the 2021 season and that was confirmed earlier this month, but he hasn’t always been unwavering in his loyalty to the Silver Arrows, according to reports. Hamilton’s entire F1 career has been spent driving a Mercedes-powered engine and even before his debut in 2007 with McLaren’s former boss Ron Dennis signing him up as a 13-year-old.

He spent six years at McLaren who had been powered by Mercedes from 1995 and won his first world title in just his second season in the sport.

When McLaren’s dominance in the sport dwindled though, Hamilton saw the opportunity to swap to Mercedes ahead of the hybrid era of Formula One and he has enjoyed unbridled success ever since.

He’s won six world titles in the last seven years to establish himself as one of the best drivers in Formula One of all time.

But despite repeated comments from Hamilton in the media about how happy he has always been at Mercedes, there has also been speculation along the way on whether he would leave for a new challenge. 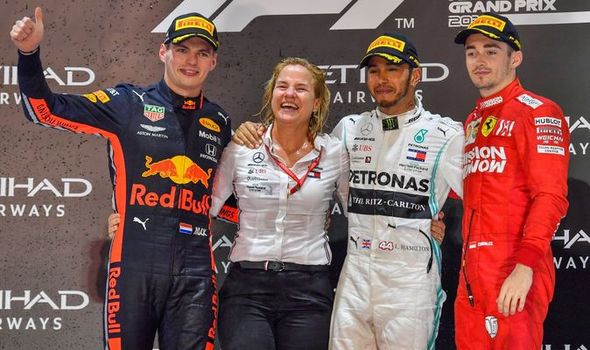 And F1 reporter Will Buxton has confirmed that the British racing superstar has held talks with Mercedes’ biggest rivals over the years.

“Everyone is talking to everyone all the time,” he said on The WaterBoys podcast.

“Has Lewis had conversations with Ferrari? You bet.

“Has he had conversations with Red Bull? You bet.

“Everyone has conversations with everyone all the time just so if that opportunity ever comes up, they’re straight in there.”

Rumours of Hamilton joining Ferrari have been most persistent over the years with the 36-year-old toying with the idea.

He’s spoken previously of his adoration of Ferrari as being a staple of Formula One since its inception.

And a shock switch to the famous Prancing Horse car appeared closer than ever in 2019 when former Ferrari CEO Louis Carey Camilleri opened up on the possibility of signing Hamilton. 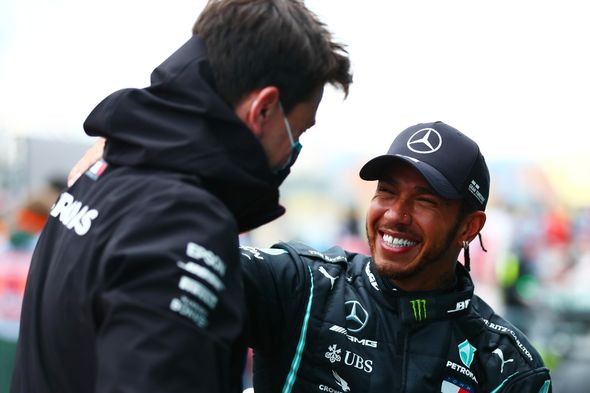 Hamilton at the time still had one year left on his Mercedes deal, but speculation was growing over what his next move would be.

And Camilleri admitted that Ferrari chairman John Elkann had held “conversations” with Hamilton.

The 66-year-old also said Ferrari were “very flattered Lewis in particular, and other drivers, want to join us”.

Of course, Hamilton has since signed a one-year extension with Mercedes, but questions still remain on what he plans to do in the long term.

Mercedes remain the team to beat on the grid, but new regulation changes in 2022 are expected to shake up the sport and there is likely to be ongoing speculation over what Hamilton decides to do next year.