Valtteri Bottas “does not care” whether Lewis Hamilton re-signs with Mercedes ahead of the 2021 Formula One season. But should he pay more attention to the contract negotiations of his team-mate?

Hamilton’s contract expired at the end of last season and he is yet to sign a new deal ahead of the upcoming campaign. Bottas, though, says that whoever takes the seat will be a competitive driver.

“I do not care,” he told Pelicans TV when asked for his opinion on the Hamilton situation and whether he will benefit from the Brit missing the 2021 season. “All Formula 1 drivers are good, so whoever gets it it will be tough.

“For now, I can focus better on myself.”

However, while Bottas may say he does not care about the result of Hamilton and Mercedes’ contract negotiations, whether Hamilton returns or not will impact him as much as anyone else.

Entirely outperformed by Hamilton since he replaced Nico Rosberg in 2017, Bottas’ future with Mercedes is far from certain, even with Hamilton’s current situation. 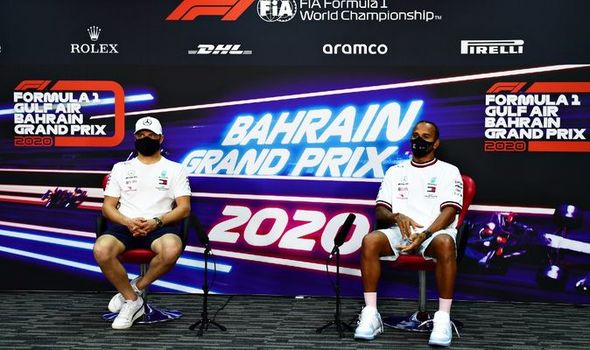 Hamilton may be five years Bottas’ senior, but he is the unquestioned lead driver, and if it comes between choosing between one or the other, Mercedes will choose Hamilton.

That is especially pertinent when the performance and potential of Geroge Russell is factored into the equation.

The 22-year-old stood in for Hamilton in last year’s Sakhir Grand Prix. He matched Bottas in qualifying, finishing on the front row just behind the Finn, and then outperformed him on race day, beating his temporary team-mate out of Turn One. He was only scuppered by a late pit-stop error and puncture.

Russell is Mercedes’ future, and he may yet be their present, too, if Hamilton does not return.

Bottas has shown little ability to prevent Russell’s rise. He may have finished runner-up to Hamilton in the last two Drivers’ Championships, but he won just six races in comparison to Hamilton’s 22 across both seasons.

Given the superiority of the Mercedes car, Bottas has not lived up to expectations.

Having signed a contract extension for one year, it is time for him to deliver on the potential of the car, as he himself admitted.

“Obviously I have only one goal,” he said. “As a team, we have been performing at the top for years now and we have won the Constructors’ Championship. My team-mate has been beating me for years now, so my only goal is to beat him.

“I am focused only on myself. If I do that and keep developing myself, it will be a good season.”

For Bottas, that is all he can do at present. But make no mistake about it, he will have greater joy racing against Russell than Hamilton. 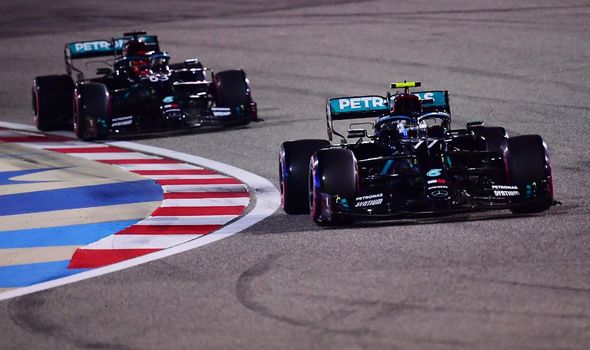 In fact, he might even be made the favourite for the world title.

And then there is a long-term impact, too. Bottas’ contract expires at the end of the season. If Hamilton signs a multi-year deal, it will be between him and Russell to partner the Brit from 2022 onwards.

Given Russell’s youthful exuberance and outrageous potential, you would not begrudge Mercedes if they turned to a driver who is almost a decade younger.

Bottas, then, says he does not care. And that mindset is both admirable and advantageous as he prepares for the 2021 campaign.

But what happens between Hamilton and Mercedes impacts him greatly, both in 2021 and beyond. So Bottas, like everyone else, should watch this space.