Lando Norris is reaping the rewards of engaging in the world of esports and top F1 teams will be running the rule over the McLaren driver. That is the verdict of motorsport sponsorship expert Nigel Geach, who says the 20-year-old has all of the ingredients to be a big success in modern-day F1.

Norris made waves during his first season at the top level of motorsport, striking up a strong partnership with McLaren team-mate Carlos Sainz.

The Brit will have been hoping to continue his progression this year but has seen the 2020 F1 campaign derailed by the coronavirus pandemic.

Norris has not been left twiddling his thumbs, though, and he’s lived up to his status as the biggest advocate of esports on the real-world grid.

The 2017 Formula 3 champion has not just been staying sharp by competing online, though, with his fan base growing thanks to his esports exploits. 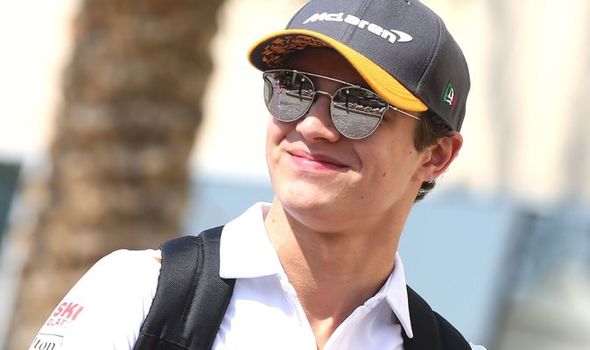 Norris is currently the second-most mentioned F1-related user on Twitter after the official F1 account, according to data collected by Nielsen Sports’ Social Listening Tool.

Meanwhile, his Twitter following has soared by almost 28,000 over the past 30 days, with his Instagram following growing by nearly 91,000 over the same period.

Geach, who is the Senior Vice President of Global Motorsports at Nielsen Sports and has more than 30 years of experience in F1, says Norris is profiting from being so active online.

And he says that as long as the youngster continues to perform on the real-world track, he’ll represent an enticing option for the likes of Mercedes, Ferrari and Red Bull.

“I think the [F1 Esports Virtual Grand Prix series will] benefit all of the people involved because, when you’re starting out in racing, you want all of the opportunities [available to you],” Geach told Express Sport. “Now obviously, how good a racer he is the most important thing. He’s got to win races when he’s back on track. And he certainly showed last year that he’s up there with everybody – this can only be good for him. And, also, McLaren his team. 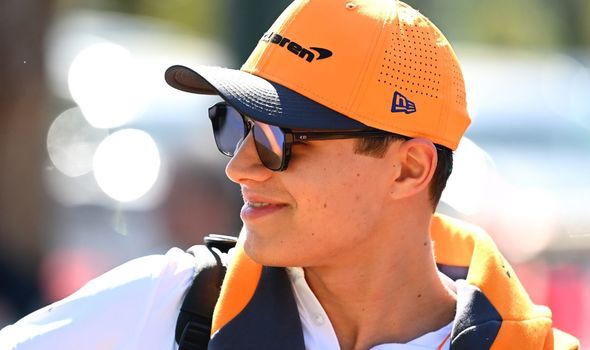 “Lando, whilst he’s doing very well in the esports, when we get back on the track he’s obviously got to perform. Certainly it will be a good personal boost and I think one of the good things is that he comes across as a very nice guy. He’s very approachable, which today is very important in professional sport, where you’ve got to associate with your target market.

“It’s a ‘one plus one equals three’ [situation] – let’s hope that it works through in every way. But, at the end of the day, Formula 1 teams are most interested in winning championships. So they will be looking at him. But they will be balancing all sorts of different things, just as sponsors are.

“I think more broadly, not only himself, but I think it’s actually very good for the sport. Formula 1, there were rallying cries when Bernie Ecclestone gave it up, that there was no eracing or additional social activity at all. But Liberty have taken it and really brought this up.

“The key to the success of any sport is keeping it in front of the fans and also casual fans. This sort of change in how it’s presented will be very attractive. The Virtual Grand National had 4.5million people watching it on television. For the sport itself, it kept people interested. I think anything that keeps people interested at this time and throughout the sporting season, this can only help. I’m sure many of the teams are looking at Lando and hoping that he’s going to do very well on the track as well.”