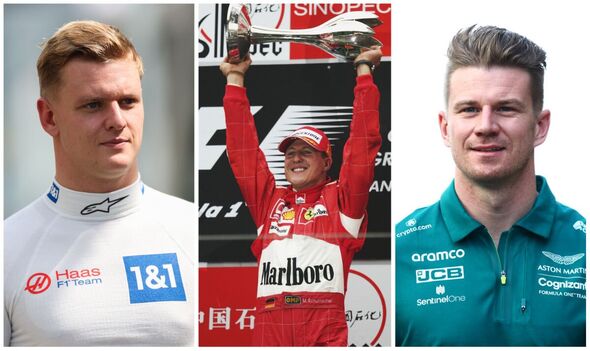 A former Mercedes executive has launched a scathing attack on the state of Germany’s role in Formula 1, labelling the lack of success in the sport since Michael Schumacher’s dominant era a “tragedy”. Dennis Haug, an ex-vice president with the manufacturing giant, played a key role in bringing the team to the F1 grid with McLaren but fears for the future of German success in F1.

Schumacher won seven world titles and 91 races in a career where the German led from the front, with five of his titles coming in five consecutive seasons at Ferrari. The only driver to come close to matching him from Germany is Sebastian Vettel, who won the title for four consecutive seasons between 2010 and 2013 at Red Bull.

However, he failed to topple Lewis Hamilton when he joined Ferrari in 2015 and retired after a disappointing two-season spell with Aston Martin. Mercedes then climbed to the top of the sport with Nico Rosberg beating Lewis Hamilton to the crown in 2016. But Rosberg retired from the sport with the sole title to his name and since then, German drivers have flattered to deceive in the sport.

Germany also lost its grand prix slot after the iconic Hockenheim race dropped off the calendar and Haug, 70, described his nation’s plight in reputation as a “tragedy”.

“In Germany, Formula 1 has turned into a tragedy that every motorsport enthusiast can only be ashamed of,” Haug told RND. “Between 1994 and 2016, there were German world champions like an assembly line, seven titles from Michael Schumacher, four in a row from Sebastian Vettel, and finally the last one to date from Nico Rosberg in 2016.

“Mercedes, with its partner teams McLaren and Brawn GP with Mika Hakkinen, Lewis Hamilton, and Jenson Button, won four Drivers’ World Championships between 1998 and 2009, the Mercedes factory team was Constructors’ World Champion eight times in a row from 2014 to 2021, winning six World titles with Hamilton and one with Rosberg.

It could soon get worse as Schumacher’s son Mick, 23, lost his seat at Haas to veteran racer Nico Hulkenberg after two years with the American team. Hulkenberg is the unfortunate recipient of the record for most starts without a win and the 35-year-old seems likely to extend that run in 2023 unless he can produce a stunning maiden victory for Haas.

And Haug was clear in his analysis of the situation, taking aim at the decline of the number of German drivers in the sport and the loss of their home grand prix.

“In 2010, there were still seven German Formula 1 drivers in one season,” Haug added. “Today, Nico Hulkenberg still has one in what is, at best, a second-rate team, and Mick Schumacher is a promising substitute driver – but at least in the right team.

“There hasn’t been a German Grand Prix for a long time. A zealous green auto objector could not have developed a less ambitious and less successful German Formula 1 strategy. This specifically excludes the Mercedes works team, which – correctly – operates out of England and has two great English drivers.”