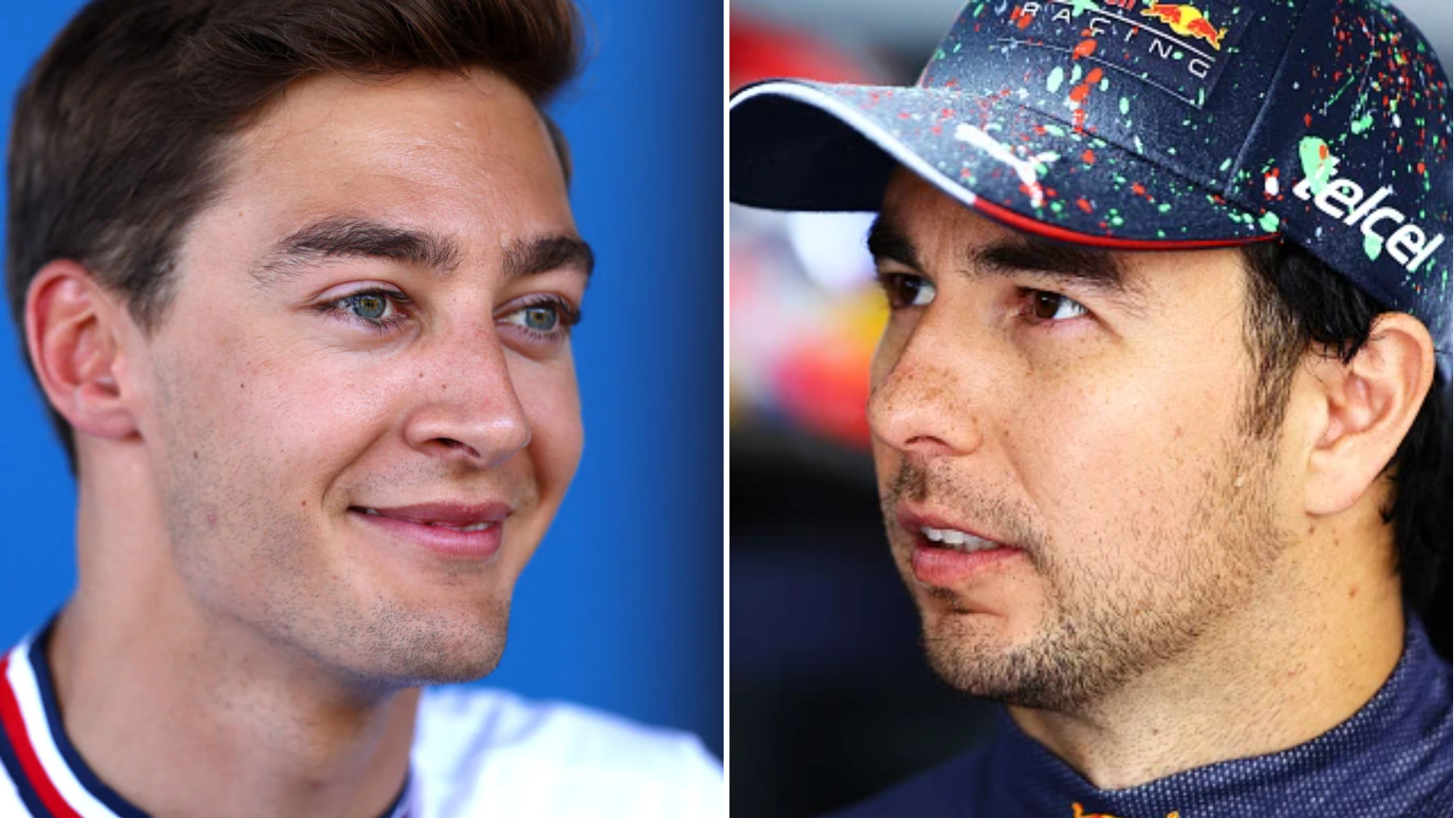 George Russell believes he was completely in the right after he and Sergio Perez nearly collided during the French Grand Prix.

The Mercedes and Red Bull drivers battled it out for the last podium spot during the closing stages of Sunday’s race at the Circuit Paul Ricard, with Russell ultimately winning out.

The other Red Bull of Max Verstappen claimed victory, with Russell’s teammate Sir Lewis Hamilton second at his 300thFormula 1 race.

But the result could have been very different, as when Russell attempted to overtake Perez with 10 laps to go, the latter squeezed the former as he took the inside line, before cutting a corner to avoid a collision.

Subsequently, Perez did not yield the position, much to Russell’s anger, with Mercedes team principal Toto Wolff personally going on the team radio to urge the Brit to keep his head down and try to make another move on the Mexican.

‘I saw him struggling when Sainz got past and I had that one opportunity,’ Russell said after the race.

‘For me I was down the inside – the rules are pretty clear, from front wheel to rear wheel when you are on the inside.

‘That’s what I had, and he didn’t really leave me much space but nevertheless, glad I could carry on bringing home P3, and two podiums for Mercedes, it’s great.’

Russell did eventually pass Perez but did so in unusual circumstances; with three laps to go the Virtual Safety Car was activated after Zhou Guanyu’s Alfa Romeo broke down and marshals were called out to move it to a safe position.

As the race restarted, Russell blitzed past Perez, with the Mexican seemingly asleep at the wheel, and held off the Red Bull to claim his fourth podium of the year.

He told Sky Sports: ‘It was a difficult afternoon. First of all, I think we should have another podium, I don’t know what was going on with the Virtual Safety Car.

‘I got caught out by it. I was told it was ending from the exit of turn 8 and then it didn’t come to an end until turn 13. Not a good day.’