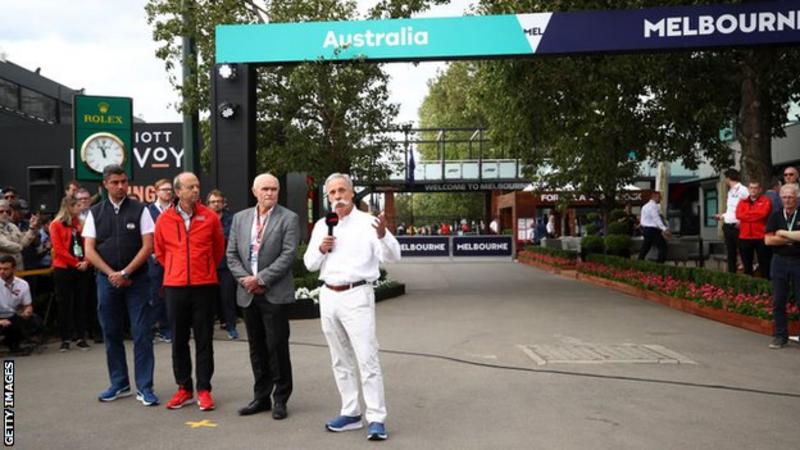 Formula 1 has put about half its staff on enforced leave while senior figures are to take a salary cut as a result of the coronavirus crisis.

The decision follows similar moves by three teams in the past few days.

The F1 leadership group have all voluntarily agreed to take at least a 20% pay cut but will not benefit from the government furlough scheme.

The rest of the staff will be using the job retention scheme that pays 80% of wages up £2,500 a month.

F1 chairman and chief executive Chase Carey will take what is described as “a much deeper pay cut than 20%”.

The spread of coronavirus risks causing a significant financial shortfall for F1, with its main revenue streams of race-hosting fees, broadcast rights and sponsorship all under threat.

The organisation pays teams prize money out of its income, and has already handed over their first payments of earnings, which are based on 2019 results.

Parent group Liberty Media is not considered to be under threat as it has significant resources to help it navigate through the difficult global conditions.

But some of the less well-funded teams could face an existential crisis if their funding from F1 dries up in the coming months.

F1 has had initial talks about potentially helping teams through the shortfall if necessary, perhaps by advancing payments which could then be deducted from future years’ income.

The first eight Grands Prix have all been called off and there are expected to be further cancellations this month.

Carey has said he hopes to start a reconstituted season of as many as 15-18 races in the summer, but it remains to be seen whether that is achievable.

The sport is considering all options, including starting the season with races behind closed doors so as to be able to comply with social distancing guidelines while also running a championship.