Fernando Alonso has revealed he expects to complete the entirety of his Formula One comeback season with two metal plates in his face.

The double world champion, 39, underwent corrective surgery on his jaw last month following a collision with a road car while on a bike ride in Switzerland.

Alonso, who is returning to the grid following a two-year hiatus, will drive an F1 car for the first time since the accident on the second day of pre-season testing in Bahrain on Saturday. 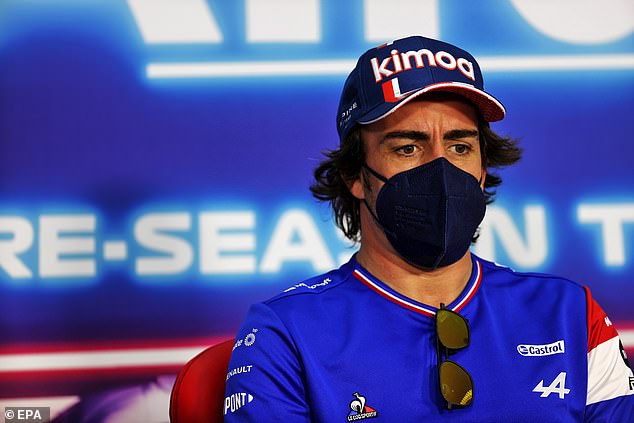 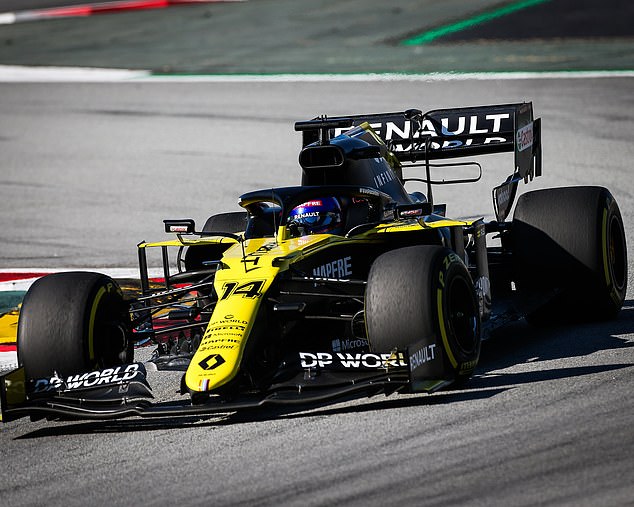 ‘I don’t expect any issues,’ said Alonso who will drive for the rebranded Alpine team. ‘One thing is the professional and the driving side, and on that I feel 100 per cent.

‘But on the personal side, I will have two titanium plates that I have on my upper jaw which will get removed at the end of the season.

‘So, there is still something that will go on after the championship has finished but it will not affect my professional life.

‘I am fine and happy to be here and back in the paddock and in the sport. Training has been absolutely normal and I have been in the simulator so my preparations have not been affected too much.’ 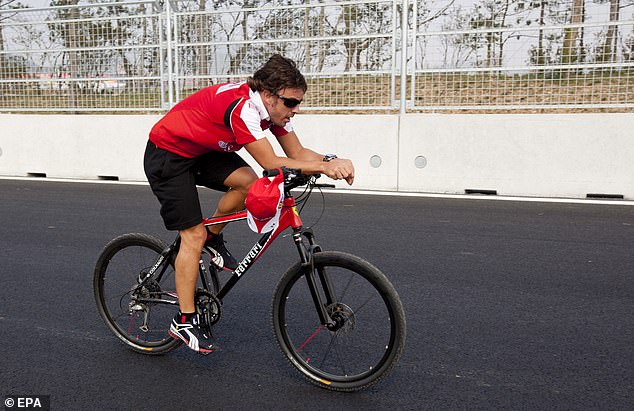 Alonso stepped back from F1 at the end of 2018 following a lacklustre four-season spell with McLaren.

The Spaniard pursued other ambitions in the motor racing world, winning the historic Le Mans 24 Hours race twice and taking on the Indy 500 and Dakar Rally.

But Alonso, 40 this summer, pushed for a return to F1 in the hope of a return to the winner’s circle of motor racing’s premier category. Alonso clinched the second of his successive championships with Renault 15 years ago and last won a grand prix in 2013. 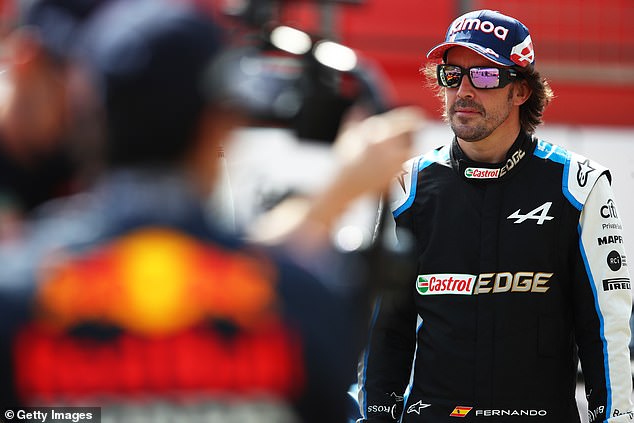 He added: ‘I felt that I was at my best in the last couple of years, that I was driving better than ever and being at my best now, maybe Formula One was the place to be.

‘I have time in the future to rethink some of the challenges that were not completed because I felt I had something to do here in F1 again.

‘To win races and to win championships you need a few more things than just your motivation or your beliefs. You need the package, the luck and the momentum.

‘It is something we want to build with the new Alpine name and we will fight for those wins and those championships in the future if we do the things we have in our heads, but we are not racing alone.’