Damon Hill has stressed Ferrari is nothing like the team that won with Michael Schumacher 20 years ago. The 1996 champion claimed you used to “bet your house” on Schumacher and Ferrari winning races as he secured five crowns between 2000 and 2004.

However, Hill admits “you couldn’t do that now” as Ferrari and Charles Leclerc threw away their chance of fighting for the title. Hill issued the damning verdict when speaking on the F1 Nation podcast ahead of the Singapore Grand Prix.

He said: “I mean when Michael [Schumacher] was winning, I used to say you could bet your house on him winning. You would go into race going this team, the way they operate, where he drives, you’d bet your house on.

“You wouldn’t do that right now with Ferrari.” Leclerc won two of the first three races this season, suggesting the Scuderia could offer a threat to Max Verstappen. 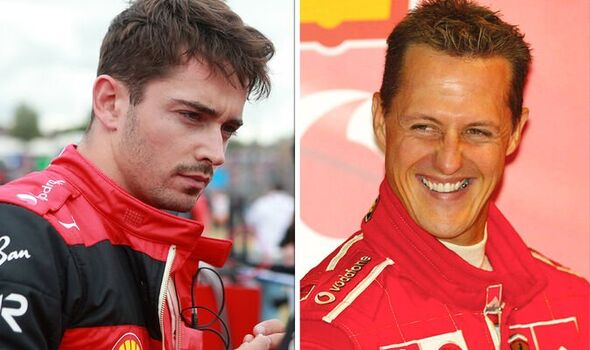 However, a series of mechanical failures and strategy errors have plagued their season with Leclerc only picking up one more win since the Australian Grand Prix in April. It has left Leclerc a staggering 116 points behind Verstappen in the championship with the Dutchman mathematically able to clinch the crown next time out.

Former team boss Cesare Fiorio has also suggested Ferrari is not the same as they were under Schumacher. He stressed the Prancing Horse used to enjoy a “blatantly superior car” which they can’t fall back on with Leclerc.

He said: “Mattia now has to find solutions so that the team works better. 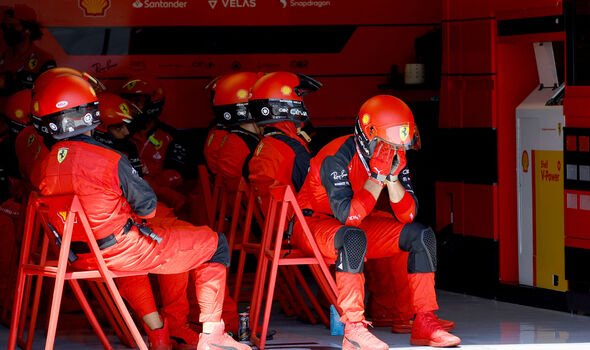 “In today’s Formula One, everything has to work almost perfectly to win. That was different at Ferrari in the days of [Jean] Todt and Schumacher. Ferrari sometimes had such a blatantly superior car that one or the other mistake could be concealed. That’s no longer possible today.”

Schumacher’s brother Ralf has also hit back at the Italian manufacturer, claiming the team would keep making errors even if they had a quicker car. He commented: “You have to get to the bottom of things. We’ve had a large part of the season and they still make mistakes like this.

“What happened on top is that Ferrari are slowly regressing… Even if their car was faster, they would probably still make a mistake in the pits. They don’t learn from mistakes. That would worry me if I had something to say there.”