Charles Leclerc has joked he’s at greater risk of crashing out of Grands Prix when he’s taking on Max Verstappen than Lewis Hamilton. The Ferrari ace took to life at the front end of the grid with ease last year, proving Mattia Binotto and co. were right to bring him in to replace the departed Kimi Raikkonen.

Leclerc enjoyed his fair share of battles with fellow pacesetters Verstappen and Hamilton as he racked up 10 podium finishes and two race wins.

The 22-year-old’s most memorable on-track clash came at the Italian Grand Prix, where he fought off the menacing threat of Hamilton to claim his second victory in F1.

Leclerc has now revealed he’d sooner see Hamilton bearing down on him than Verstappen – because there’s more chance of his race ending if he tangles with the Red Bull driver.

“If I want to be sure to finish the race, probably Lewis!” Leclerc told Sky Sports F1, when asked who he trusts more when they’re racing. “But for the fun and the close racing probably Max, because I know it’s always exciting to be fighting with Max. 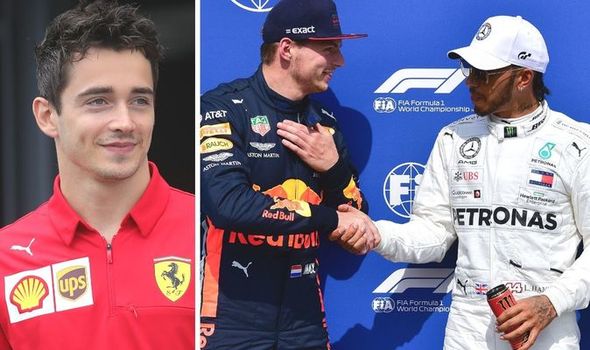 “There’s very little space given but I think that’s what we all enjoy with the sport. Sometimes it’s a bit over the limit, sometimes it’s just on the limit, but I enjoy racing it in reality.”

“Lewis is a bit of a different driving [style]. He’s extremely clever and I learn always so much when I fight with Lewis.

“He always knows exactly what you are going to do next with his experience, and that’s what makes him so good on track with the battles.

“He’s not very aggressive, always very correct, but always very good to anticipate what you are going to do.” 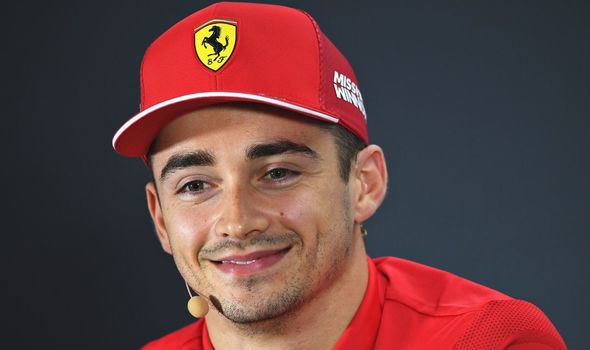 Leclerc and Verstappen represent the two leading lights of a new generation of drivers hoping to shunt veterans Hamilton and Sebastian Vettel down the F1 standings.

They are both expected to give Hamilton a run for his money this year as the Mercedes driver sets his sights on a record-equalling seventh title.

However, former Ferrari driver Felipe Massa, who Hamilton pipped to the World Drivers’ Championship in 2008, can’t look beyond the Brit this year.

“From what I’ve seen so far, it seems that Mercedes with Lewis Hamilton are the fastest,” Massa said. “I don’t think that fewer races is going to change that, because the factories of the teams are closed.

“I think Charles Leclerc and Max Verstappen can become future world champions. But that means they have to win in these times where the difference between teams is greater than the influence of the driver. The cars in these times are great, but nobody likes it when one team dominates.”