Charles Leclerc says he and Sebastian Vettel were soon back on good terms despite the tension between them coming to a head at last season’s Brazilian Grand Prix. Ferrari paired the young gun and the four-time F1 champion together for the 2019 campaign after showing Kimi Raikkonen the door.

Leclerc soon showed Ferrari were naive to think he would accept playing second fiddle to Vettel as he proved his quality with a string of competitive performances on the track.

The internal battle for supremacy saw tensions grow at Ferrari and they boiled over in the closing stages of last November’s visit to Interlagos.

Vettel did not react too kindly to Leclerc overtaking him for fourth and their cars came together moments later when the German tried to pass his team-mate.

Leclerc and Vettel’s races were ended by the collision, which left Ferrari team principal Mattia Binotto fuming in the pits. 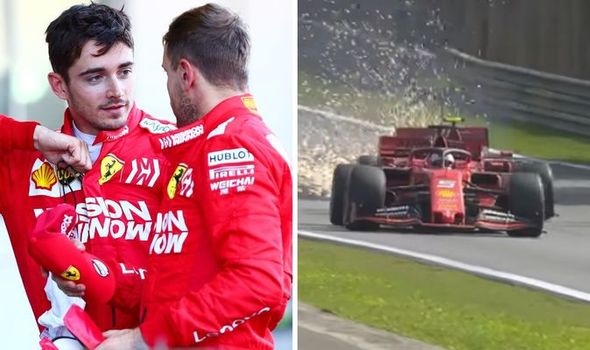 Leclerc has now opened up on the aftermath of the clash and he insists his bond with Vettel has always been stronger than it has seemed.

“The relationship with Seb is a lot better than people maybe think it is from looking from outside,” Leclerc told Sky Sports F1.

“It’s always been the same from the beginning to now and that’s good. Even though we’ve had a few problems on track, every time we have spoken calmly and we came back stronger.

“After Brazil it was difficult but actually the race just after it was all fine again between us. So that is good and that’s what I like with Seb.”

Leclerc and Vettel are at contrasting stages of their respective F1 careers, with 10 years separating them.

Charles Leclerc and Carlos Sainz for 2021? 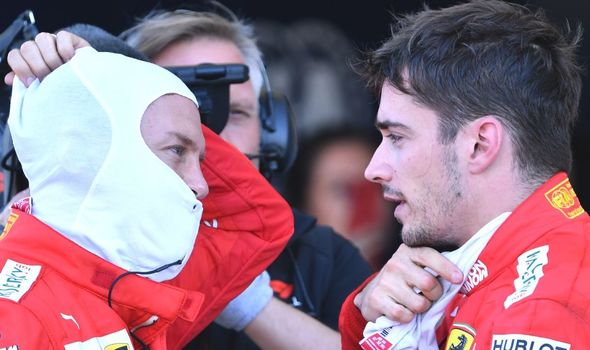 The Monegasque was handed a new five-year contract over the winter, while Ferrari have left Vettel in limbo with his current deal expiring at the end of 2020.

Leclerc would be glad to see Vettel stay with the Prancing Horse, who the 32-year-old joined from Red Bull in 2015 after winning four F1 titles in six seasons.

But he admits he will welcome a new team-mate into the fold if Binotto and co. decide a shake-up is required ahead of the 2021 campaign.

“I would be very happy to keep him but again, as I’ve said, I will also respect if Ferrari is choosing to go for someone else,” Leclerc said.

Carlos Sainz, Daniel Ricciardo and Antonio Giovinazzi are the frontrunners to take Vettel’s seat if he leaves Ferrari later this year.