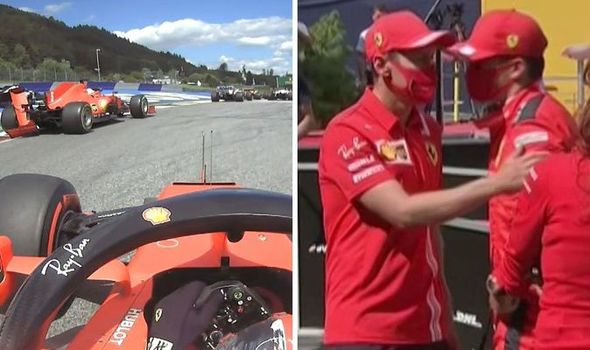 Charles Leclerc has made a heartfelt apology to both Sebastian Vettel and Ferrari after his mistake at turn three on the opening lap of the Styrian Grand Prix led to both cars retiring. Both Ferrari cars had plenty to do as they started further down the grid.

Leclerc clearly keen to make up some spaces on the opening lap and saw the tight turn three as an opportunity to make a move.

The 22-year-old was late on the breaks and attempted to cut the inside, but in doing so his car launched into the air off the kerb.

As a result, his rear left made contact with Vettel’s car, tearing off the rear wing entirely.

Both cars were nursed back to the pits, with Vettel being forced to immediately retire from the race. 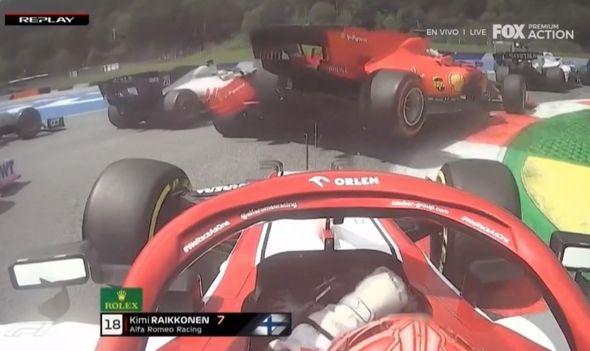 Leclerc was given a new nose and sent back out but he only lasted a few laps before ending his race early as well.

It draws an end to an ultimately disappointment weekend for Ferrari having introduced a major aerodynamic upgrade for the race.

Leclerc admitted the fault lied with him and he apologised to both his team-mate and the Ferrari engineers.

“I apologised,” he told Sky Sports.

“Obviously excuses are not enough in times like this and I’m just disappointed in myself.

“I’ve done a very bad job today and I let the team down.

“I can only be sorry. I know it’s not enough.

“I hope I’ll learn from this and we’ll come back stronger for the next races.

“It’s a tough time for the team. The team doesn’t need that and I put all the thoughts of the team in the bin so I’m very sorry but it’s not enough again.” 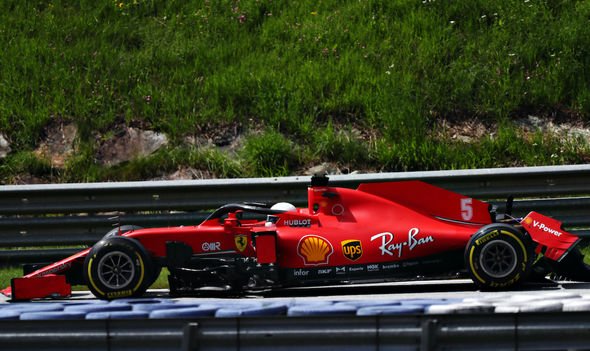 Vettel admitted he was caught by surprise to see Leclerc flying up the inside.

“I was fighting two other cars, we were already three cars into turn three, and I was very surprised,” says Sebastian to Sky from the pen.

“I was not expecting Charles to try something. I don’t think there was any space.

“A big pity and something we should avoid, but not much I could have done differently. I was taking it easy and conservative because it was already very busy and tight.”

Vettel added: “I don’t think there was space, that’s why I think we collided.”