Alex Albon insists he isn’t taking any notice of what Lewis Hamilton said about him last weekend after the Belgian Grand Prix. Hamilton made some scathing comments about Red Bull’s challenge to Mercedes after clinching his fifth win of the season last time out.

Hamilton currently sits 47 points clear in the championship standings ahead of Max Verstappen.

Valtteri Bottas is just three points adrift of the Dutchman in third but there is a huge gap to Albon in fourth.

Verstappen has currently been the only driver who has been able to challenge the Mercedes cars this season having been on the podium six times as well as clinching a win at Silverstone last month.

Albon in contrast though has only finished in the fop four once all season and he ended up behind both Renaults last weekend at Spa. 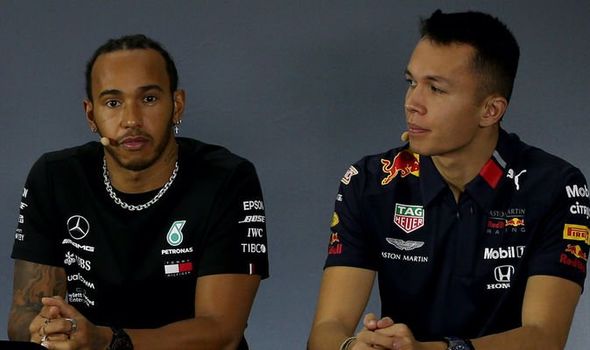 Verstappen’s exploits on the track though suggest Red Bull clearly have the second-fastest car on the grid but there is a huge discrepancy between the results of the two drivers.

Hamilton may be chasing a record-equalling seventh world championship this season, but he admitted at the weekend that he was hoping for more of a fight on the race track.

And he suggested Albon needs to do more to help support Verstappen in their battle to compete with Mercedes.

He said: “I think people downplay it, but they’ve got a very, very strong car, and Max is doing a great job with it.

Lewis Hamilton opens up on ‘incredible’ meeting with Chadwick Boseman

“Unfortunately, both drivers aren’t there like me and Valtteri are there and that makes it harder for them.

“I experienced it many years ago when I was at McLaren and I was the driver that was always at the front and didn’t have a teammate backing up.

“So equally, you don’t get the constructors’ points, but then you can’t play strategy on the cars that you’re racing against. 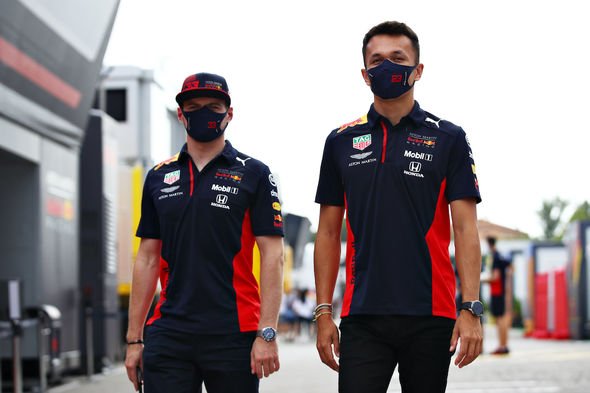 Albon has since responded to Hamilton’s comments, insisting he won’t take the scathing criticism to heart.

“I’m not here to make excuses obviously,” he said. “But at least Spa wasn’t a bad weekend.

“I want more, I’m the hardest person on myself. I know the hard work happens between myself and the team, but it’s just a work in progress.

“I won’t listen to what Lewis has to say, but I know it’s the hard work at the factory and over here that’s going to make the difference.”