Should any teams selected to the NCAA men's and women's basketball tournaments be impacted by COVID-19 and forced to withdraw, there is a contingency plan to quickly replace the school in the bracket.

There will not be any replacements once the tournaments begin, however.

The first priority in replacing any team will be to ensure that all 31 conferences playing will be represented. That would mean if a school from a one-bid league drops out then it would be replaced by a team from the same league. Should the team withdrawing be from a conference with multiple bids then a selection would be made from those at-large teams considered when the field was announced.

One significant part of the plan: There will be no seeding changes once the field is released. The incoming team will assume the position in the bracket of the team it replaces.

For example, if Gonzaga receives a No. 1 seed in the men's tournament and is forced out of the field and there are no other teams from the West Coast Conference, then the replacement team from that league would be a No. 1 seed for that region. The same would be true for any at-large team coming in for the Bulldogs if the WCC does have a second team in the field. 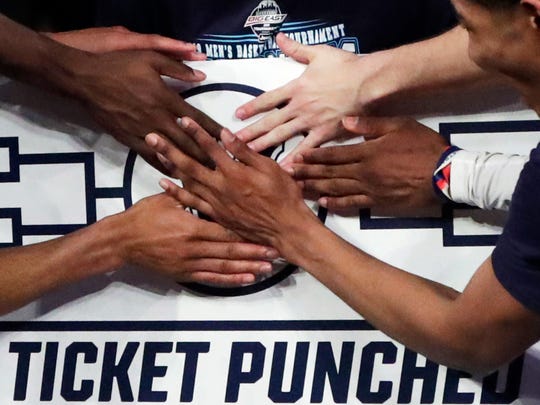 The men's and women's NCAA tournaments will be played in March after they were canceled in 2020 because of the COVID-19 pandemic. (Photo: The Associated Press)

Should any automatic qualifier be deemed unavailable to play before the bracket is announced, the conference may specify a replacement based on criteria submitted before Friday.

The highest-ranked four at-large schools that are not included in the field can be considered replacement teams. The teams will be ordered one through four and be required to continue testing protocols for COVID-19 in case they are later considered as a replacement.

Once the field is announced, any school from a single-bid league would have to pass seven consecutive days of COVID-19 tests to be allowed in the field.

If any team is forced out for medical reasons then its opponent would advance.