Kirk Cousins is hardly fazed by the task of leading a road team to a playoff victory in front of a hostile crowd, as he proved in the wild card round against the New Orleans Saints in January.

The Minnesota Vikings quarterback won't complain if he doesn't have to play in such an environment again this season — or in front of any fans, for that matter.

As sporting events around the world have mostly ceased due to the danger posed by large gatherings amid a global pandemic, spectator-less games may be the quickest way for sports to safely return.

"Honestly, to go out and just play the game would kind of be refreshing, a breath of fresh air, to just let us know that we don't have to have all the smoke and the fire," Cousins told reporters on a conference call, via ESPN. "We can just play football. So as long as we're playing the game, I won't have a lot of complaints, and hopefully if it's still not returned to normal, we can find a way to make it work."

Cousins said the majority of time spent on the field during practice does not include crowds, so the adjustment wouldn't be too much of a shock.

"We practice every day in an empty grass area and pump in fake crowd noise for away games," he said. "But more often than not, you're used to it. OTA practices don't have a lot of pomp and circumstance to them." 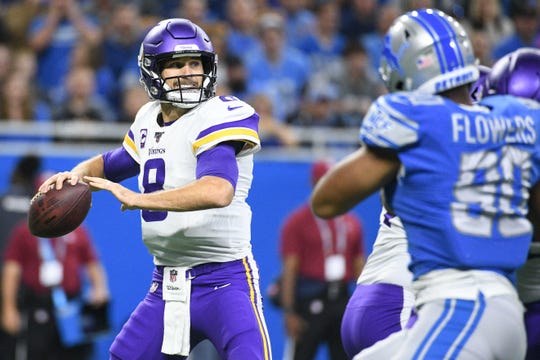