‘It’s time for players to do things other than protesting’: Two-time Super Bowl winner Osi Umenyiora calls on NFL to address social issues with ‘real resources and real funds’ amid cases of police brutality in the United States

The death of George Floyd in Minneapolis in May and the shooting of Jacob Blake in Wisconsin last month have been two high-profile cases of police brutality in America.

But it has long been an issue in America – well before Colin Kaepernick took the knee before a San Francisco 49ers preseason game in 2016. 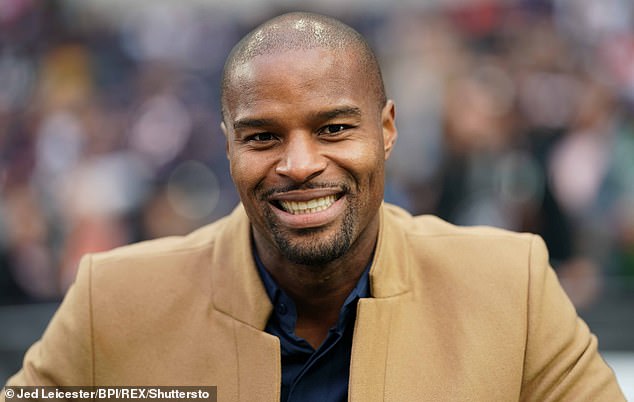 The ostracised former quarterback has been without a team since the end of that season, and while many players will follow his lead this season, Umenyiora wants players to find other ways to enact social change.

‘I think that it is time for more substantive action to be taken as opposed to just taking the knee. Everybody is doing that, it’s becoming mainstream,’ Umenyiora said.

‘It’s the popular thing to do. To say black lives matter, to take a knee, post a black square. But what are you doing outside of that?’

‘For me I feel like it’s time for players to be getting involved and actually doing things other than protesting. At this point everybody knows what you are talking about, so what are you protesting right now?

‘We need to find a way to get the heart of a lot of these issues: the poverty, the lack of education, a lot of these different things that can really make a difference in people’s lives and the way they interact with each other. 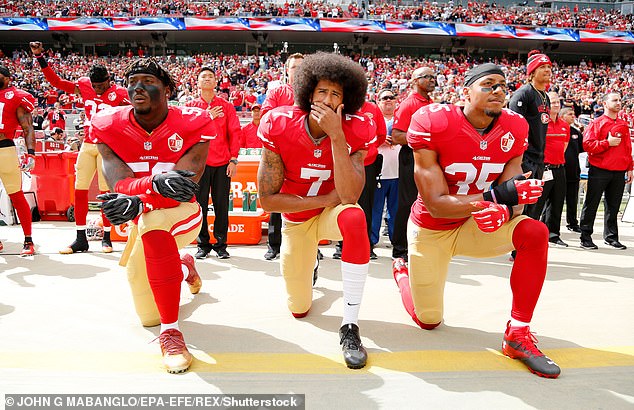 ‘I think it’s time for us to get doing that by committing real resources and real funds to that as opposed to just making symbolic gestures.’

After six months of unexpected and profound change, the two-time Super Bowl winner is not predicting a revolution in the NFL on the field.

Teams have been forced to adapt to Covid protocols. They have not had a preseason to scout talent and many will play without fans. 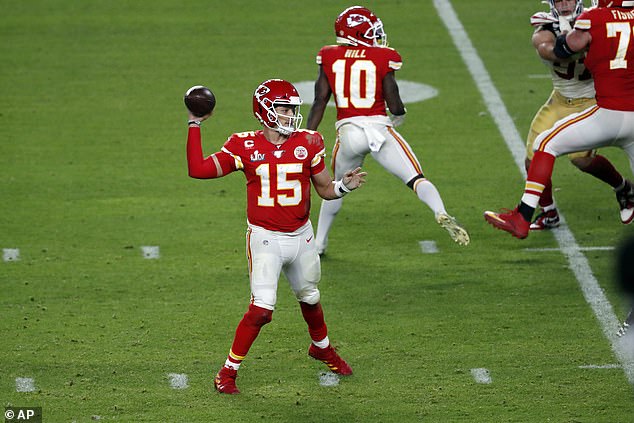 The Kansas City Chiefs began the season with a win over the Houston Texans that was far easier than the 34-20 scoreline suggests. Does Umenyiora foresee them becoming the first team to repeat since the New England Patriots in 2004?

‘Andy Reid is an offensive genius. Patrick Mahomes can make all the throws on the football field with gusto. Then you have the weapons that he has on the offensive side: I like the new running back that they have there, great offensive line, outstanding defense.

‘They are a force to be reckoned with. On all phases of the game. If they stay healthy, they are going to be there for the next five six years, hands down.

‘I think they are going to be there, but it’s just so different to repeat. If I was going to pick anyone right now it will be the New Orleans Saints.’

And the former defensive end – who harassed Tom Brady during his two Super Bowl wins – also had some kind words for his 42-year-old former foe, who will suit up for the Tampa Bay Buccaneers. 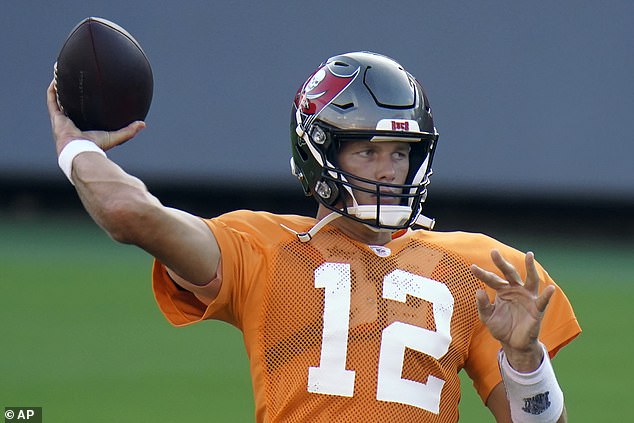 ‘I think he’s landed in a perfect situation for him. If he stays healthy and that teams stays healthy they are going to be a force to be reckoned with.’

And while an offense featuring Rob Gronkowski, Mike Evans and Chris Godwin is attracting all the attention, Umenyiora is equally impressed about the other side of the ball.

‘I’m a defensive line guy and that defensive line with Jason Pierre-Paul, Shaq Barrett, Ndamukong Suh… Nobody seems to be talking about them! Which is crazy in my opinion. As far as defenses go, I like them.’