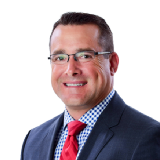 The 2017 recruiting class has greatly affected the college football landscape over the past three seasons, and for many, it will culminate Thursday with the beginning of the NFL draft.

Our ESPN NFL draft experts project over 20 prospects from that class will hear their names called in the first round, many of whom met our three-and-out college projections inside the 2017 ESPN 300 rankings.

There are, however, some notable prospects from that list who are returning for one more season to boost their 2021 draft stock. There are others who outperformed our original projections as high school prospects — including Jonathan Taylor, who was omitted from the ESPN 300 but will likely see his name called on Day 1 of the draft.

We reranked the Class of 2017 in October, but in honor of the upcoming NFL draft, we take another shot. Here are our top 32 players knowing what we know now.