Keenan Allen and the Los Angeles Chargers have agreed to a multi-year contract extension.

According to NFL Network, the new deal is worth $80 million over four years. Those terms make him the second-highest paid wide receiver in the NFL behind Julio Jones of the Atlanta Falcons.

Allen wrote on Instagram: "Want to thank the organization.. (general manager) Tom Telesco especially for giving me a opportunity! Super juiced about this. CHARGER FANS WE LOCKED IN FOR ANOTHER ROUND, FOREVER A CHARGER!"

Allen was entering the final season of the four-year, $45 million contract he signed before the 2016 season.

Allen has made three consecutive Pro Bowls and, since enduring an injury that limited him to one game in 2016, has caught more than 100 passes twice (he snagged 97 in 2018) and scored six touchdowns in each season. 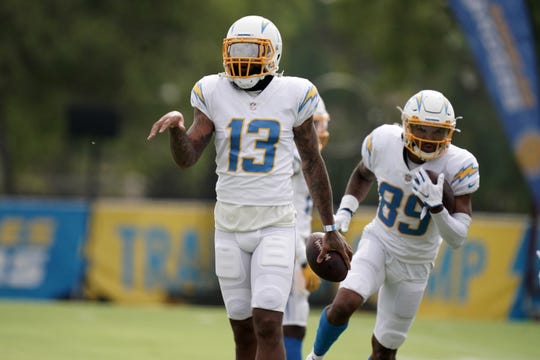 Allen will have to adjust to a new signal-caller, with Phillip Rivers moving on to the Indianapolis Colts and Tyrod Taylor assuming the starting role in Los Angeles. The 28-year-old has spent his entire career with the Chargers, who drafted him in the third round of the 2013 draft out of the University of California.