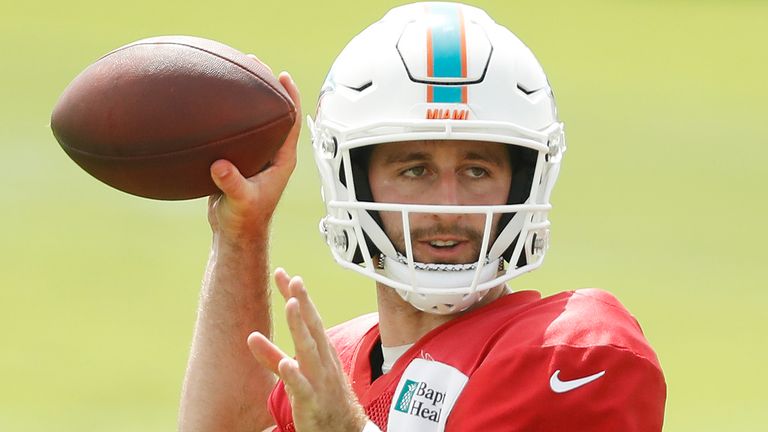 The San Francisco 49ers are signing Josh Rosen from the Tampa Bay Buccaneers’ practice squad and he will serve as their back-up quarterback in Week 16, according to multiple reports.

The 49ers are down to one healthy quarterback and are set to start CJ Beathard on Saturday against the Arizona Cardinals after Nick Mullens was ruled out with an elbow injury.

Mullens had been starting since Week 9 after San Francisco’s regular quarterback, Jimmy Garoppolo, went down with a high ankle sprain.

Practice squad quarterback Josh Johnson was placed on the Reserve/COVID-19 list this week, leading the 49ers to turn to Rosen. The 23-year-old was picked No 10 overall by the Arizona Cardinals in the 2018 Draft but was traded to the Miami Dolphins a year later.

He was then let go by the Dolphins in September and has spent the last three months in Tampa Bay.

After reaching the Super Bowl last season, the 49ers have been ravaged by injuries in 2020 and are 5-9, bottom of the NFC West.