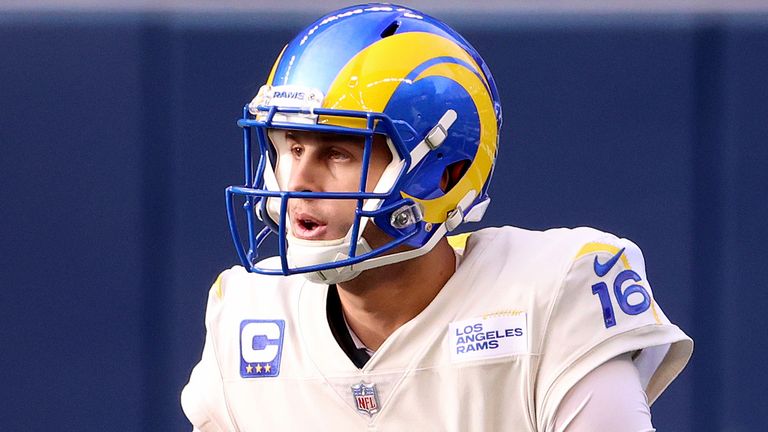 With their playoff chances still up in the air, the Rams (9-6) could now be without Goff for their crucial Week 17 season clash against NFC West playoff rivals, the Arizona Cardinals (8-7).

Goff smashed his thumb into the helmet of Seattle Seahawks defensive end Benson Mayowa on a third-quarter pass attempt. According to the report, Goff also dislocated his thumb on the play.

Goff is set for more tests on Monday to see about his playing status for next Sunday, but it’s thought to be unlikely he will play, Goff will see how his thumb is after the swelling goes down, but he will need surgery to repair it and it “could well be a season-ending injury,” Silver added.

John Wolford – undrafted out of Wake Forest in 2018 – is the Rams’ backup quarterback, but he has yet to take a snap in the NFL.

Goff remained in the game against Seattle, but was unable to rally the Rams to a victory as Los Angeles fell to a 20-9 defeat. He was 24 of 43 passing for 234 yards and one interception, failing to throw a touchdown pass for the fourth time this season.

It was the second consecutive week the Rams could have clinched a playoff spot with a victory, but they fell to the winless New York Jets in Week 15 before their latest loss to the Seahawks.

If they suffer a third-straight defeat to the Cardinals in Week 17, and the Chicago Bears (8-7) beat the Green Bay Packers, the Rams will miss out on the postseason.