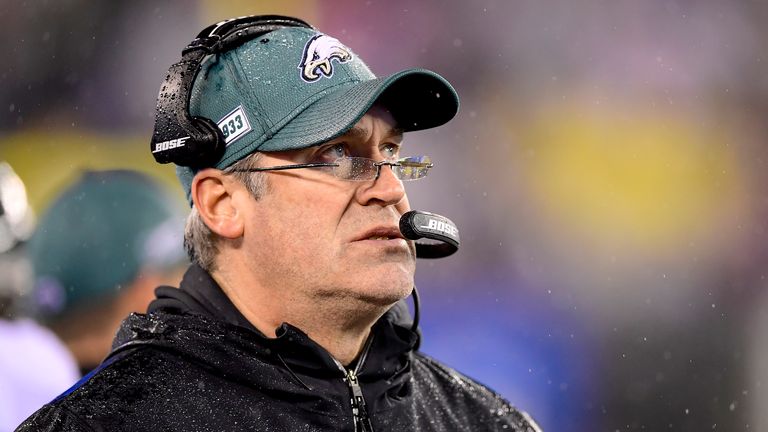 The Philadelphia Eagles have mustered just four wins this season, with their latest defeat to the Dallas Cowboys on Sunday officially ruling them out of the playoffs, but head coach Doug Pederson is “fully confident” he’ll be back with the team in 2021.

Despite steering the Eagles to their first Super Bowl and conquering the NFC East in two of the past four years, Pederson’s future with the team remains a talking point.

“I feel fully confident to be the head coach of the Eagles in 2021,” Pederson told a Philadelphia sports radio station on Monday.

“The thing I’m most proud of with this football team; we have been in the postseason three of the last five years since I’ve been here and that’s pretty good. We have won a championship here. We have gone through a season where a lot of our veteran guys are not playing due to injury. We are playing with a lot of young players. “There is always going to be evaluation in the offseason and my job is evaluated as well.

“I fully expect to be the coach next season and I welcome the opportunity to get things right, get things fixed and take this team into next season.”

Pederson spent three seasons as the offensive coordinator for the Kansas City Chiefs before joining the Eagles prior to the 2016 campaign. He owns a 42-36-1 record during his five seasons in Philadelphia.

Pederson’s peak came during the 2017 season, as the Eagles posted a 13-3 mark and went on to defeat the New England Patriots in Super Bowl LII. A pair of 9-7 seasons followed before this year’s fall off to a 4-10-1 record with one game to play. The Eagles will have a say in who wins the NFC East when they host the Washington Football Team (6-9) on Sunday night. Washington would win the division with a win, while Dallas (6-9) would need to defeat the New York Giants (5-10) and have the Eagles emerge victorious to advance.

If both Washington and Dallas lose, they will be tied with the Giants at 6-10. In that case, the Giants would win the NFC East because of tiebreakers.