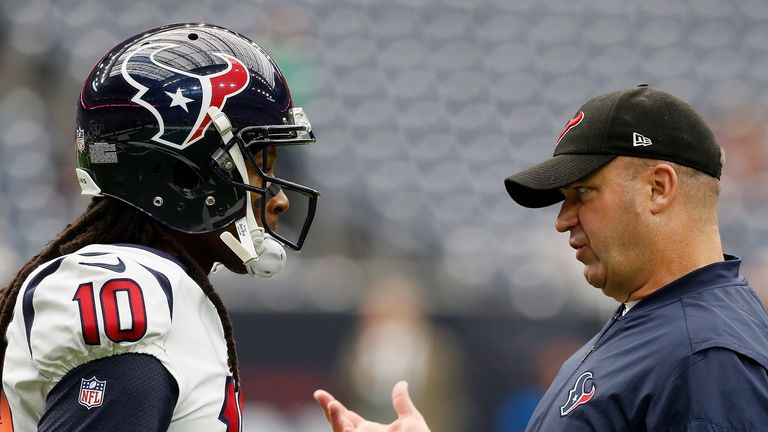 Last month, Houston swapped four-time Pro Bowl wide receiver Hopkins, who had three years remaining on his deal, for Cardinals running back David Johnson, a second-round selection this year and a fourth-rounder in 2021.

“I would say the deal with Arizona was a deal that we felt was in the best interest of our team,” O’Brien told season-ticket holders on a conference call Friday, according to the Houston Chronicle. “We love DeAndre Hopkins, but he had three years left on his deal, and he wanted a raise. We weren’t going to be able to go in that direction.

“We felt like we had a great offer from Arizona that involved picks,” O’Brien added. “It involved an excellent three-down running back who’s hungry and humble and can’t wait to get started. David Johnson is going to be a great addition to our football team.”

The trade was widely panned and has brought heavy criticism upon O’Brien, who has served as the Texans’ de facto general manager since GM Brian Gaine was fired last June, less than 18 months after Gaine was hired. O’Brien officially added the GM role to his title in January.

In a story published by The Athletic on Wednesday, an anonymous executive from another team called the trade “a joke,” adding, “How the David Johnson contract was included in the deal just astounds me.” 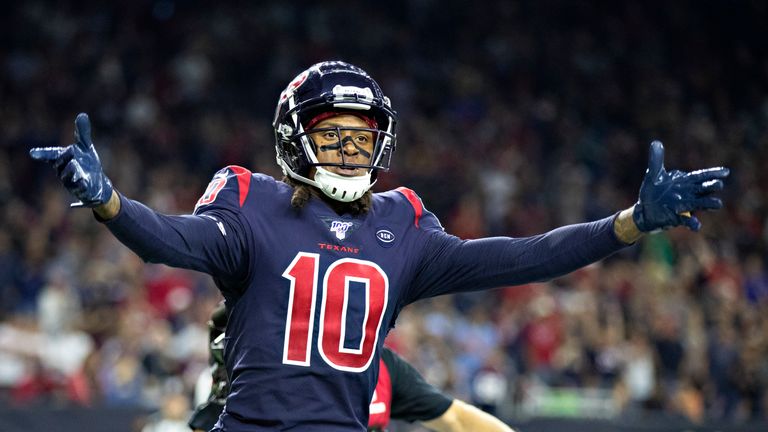 Johnson is due $11.2 m guaranteed this season, the third-highest salary of any running back in the NFL. The 28-year-old has totalled 2,191 scrimmage yards (averaging 4.8 yards per touch) and 16 touchdowns over the past three seasons after posting 2,118 scrimmage yards (5.7 average) and 20 touchdowns during his All-Pro season of 2016.

Hopkins, who turns 28 in June, is coming off three consecutive first-team All-Pro selections, tallying 315 catches for 4,115 yards and 31 touchdowns in 46 games over that span. He has three years and $39.9 million – none guaranteed — remaining on his contract.

Multiple reports since the trade have described friction between O’Brien and Hopkins, including the team’s concerns about Hopkins’ tendency to miss practices and sometimes pre-game warmups before playing through injuries in games.

O’Brien was clear that his focus is on his group of players, rather than an individual.

“Whatever decisions we make will be made in the best interest of the team,” O’Brien said. “Capital T. Capital E. Capital A. Capital M.”