Austrian Bernd Wiesberger had never broken 70 in 21 rounds at the Masters. Now he’s in with a chance of claiming the green jacket after pummelling his previous best score with a wonderful 66 on Friday.

The big-hitting 35-year-old from Salzburg has grossly underachieved with no top 20 finishes at Augusta in five appearances, but that’s all set to change after he took advantage of perfect scoring conditions early on.

Wiesberger has won eight times on the European Tour but never made much of an impression in America. Here, he began with three straight birdies and built on his gains with an impressive display to reach the clubhouse on a useful 36 hole score of four under par. 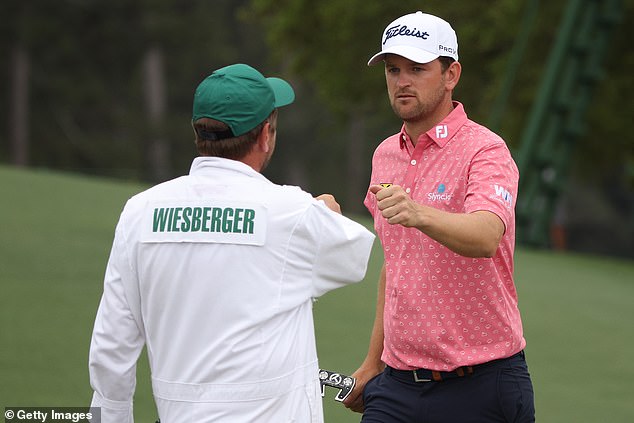 ‘The greens were definitely a bit softer and that gave me a chance to attack the course,’ he said. ‘I was really hot out there for the first 11 holes and my putting was really good. There was clearly a great chance to post a low score and I’m so happy I was able to get one.’

Elsewhere, Scot Bob MacIntyre played his last seven holes in three under to comfortably make the halfway cut on his Masters debut on level par.

The 24 year old leftie from Oban looked in danger of missing out until he made his move through Amen Corner with three birdies in a row from the 12th. He followed up with four straight pars to continue his impressive recent form in America, after reaching the last 16 of the WGC-Match Play in Texas a fortnight ago.

Fellow Scot Martin Laird, playing in his first Masters for eight years after winning on the PGA Tour in Nevada last October, shot a 71 and also made it through to the weekend on one over par. 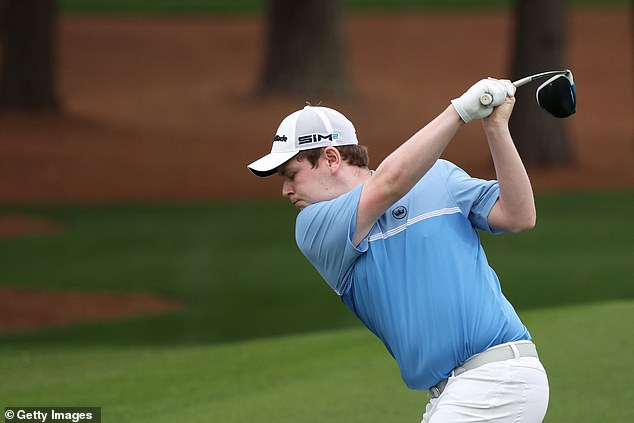