After A Lim Kim roared to a remarkable victory at the 75th US Women’s Open, stats guru Justin Ray looks at the top 10 numbers from the final round in Houston…

1: A Lim Kim assembled one of the most memorable finishing flurries in US Women’s Open history, birdieing the last three holes to win by one stroke. Kim is the first player since Eun Hee Ji in 2009 to birdie the final hole and win by one. Kim’s final-round, a four-under 67, gained 7.43 strokes on the field, the most in the final round by a US Women’s Open champion since Meg Mallon in 2004 (7.88).

2: Kim was tied for ninth place entering the final round, making this the largest 54-hole comeback to win, by position, in US Women’s Open history. The previous record was eighth place by Laurie Merten in 1993. She was five off the lead entering the round, tying the largest comeback by strokes in championship history, done by six players previously and most recently by Annika Sorenstam in 1995. 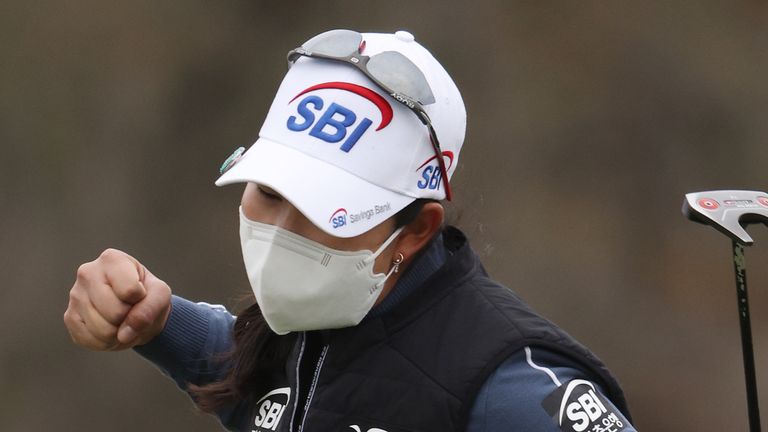 3: Kim improved her precision iron play every day on the Cypress Creek Course. In round two, she had an average approach shot proximity of 44 feet, 8 inches. Saturday, that number improved to 40 feet, 11 inches. The final round was another level altogether, though, as her average proximity was at about 31 feet. On a day where the field averaged fewer than 10 greens in regulation, Kim hit 14.

4: Kim is the fifth player in US Women’s Open history to win in her debut, and the first since In Gee Chun in 2015. Even more incredible is that this was her first-ever start in any professional major championship. She is the third player in the last seven years to win in her major debut, joining Hyo Joo Kim at the 2014 Evian Championship and Hinako Shibuno at last year’s Women’s British Open. At 94th in the Rolex World Rankings entering the week, Kim is the lowest-ranked player to win this championship since the Rankings began in 2006.

5: Jeongeun Lee6 made four birdies in her last eight holes, becoming the first defending champion to finish in the top 10 at the US Women’s Open since Juli Inkster in 2003 (Inkster finished in eighth place that year). Lee6 finished tied for sixth, the best finish by a defending champ since Karrie Webb successfully defended her title at Pine Needles Lodge and Golf Club in 2001. This was the only major championship start of the season for Lee6, who played primarily on the Korean tour in 2020.

6: Inbee Park started the final round nine shots off the lead, and for a time on Monday looked like she might shatter the record for largest deficit overcome to win this championship. After carding 68, she had to settle for a smaller slice of US Women’s Open history: it was her 24th career round under par in the championship, tying the all-time record. Beth Daniel and Betsy King also have 24 career rounds under par in the US Women’s Open. 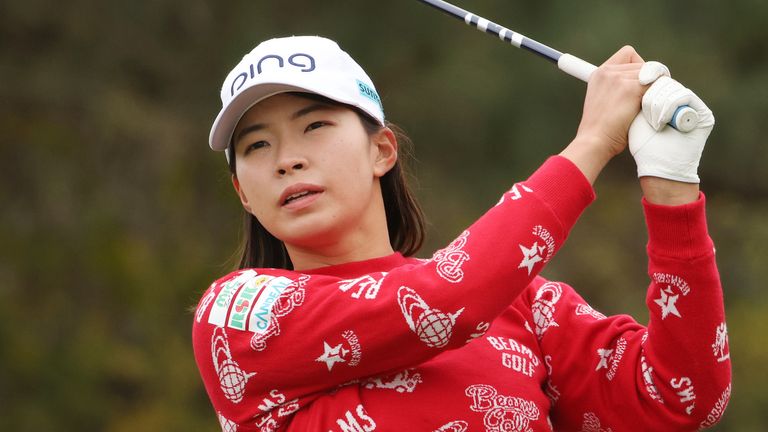 7: Third-round leader Hinako Shibuno shot a final-round 74 to finish alone in fourth place. This marks the fifth time in the last six years that the winner came from behind in the final round, reversing a strong historical trend in this championship. From 1947 through 2014, US Women’s Open champions held the 54-hole lead or co-lead 69.1% of the time (47-of-68). That included a stretch from 2010 through 2014 where it happened five consecutive years.

8: Despite the heavy rainfall late in the championship, Cypress Creek yielded fewer greens in regulation to the field as the championship progressed. In the final round, the field hit just 55 percent of the greens in regulation, a steady decline from the first three rounds (62%, 60% and 56% in Rounds 1, 2 and 3). At 74.79, not only was this the highest scoring average of the week on Cypress Creek, it was the highest final-round scoring average in the US Women’s Open since 2013.

9: Kaitlyn Papp of Austin, Texas, earned low-amateur honours, birdieing the final hole to finish tied for ninth place. Papp’s staying power was admirable: she is one of just two amateurs in the last 10 years to have been in the top 10 following each of the last three rounds of the US Women’s Open (Hye-Jin Choi in 2017 is the other). Papp was trying to become the second amateur to win this championship, alongside Catherine Lacoste in 1967.

10: In less than six months, A Lim Kim will have the opportunity to defend her US Women’s Open title at The Olympic Club. It will be just the third time in the last 50 years that the championship is held in California, along with 1982 at Del Paso Country Club and 2016 at CordeValle. The American contingent will try to stop a four-year drought without a winner from the home country – a fifth straight year without a US winner would mark the longest such streak in US Women’s Open history.

Justin Ray is the head of content for 15th Club. He has also worked as a senior researcher at ESPN and Golf Channel.