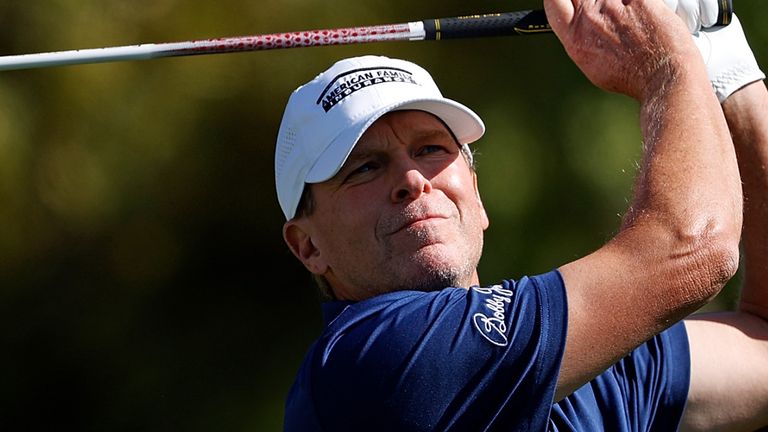 Steve Stricker showed his prospective Ryder Cup players how to negotiate TPC Scottsdale as he made a superb start at the Waste Management Phoenix Open.

Rahm bogeyed the last to card a 69, Thomas was nicely placed at four under until a triple-bogey at the 17th ruined much of his early scoring, while McIlroy did well to end the day under par having been three over just two holes into his debut at the tournament.

The early wave accounted for the majority of low scores, with NeSmith covering the back nine in just 30 blows including a long-range hole-out from a bunker for eagle at the 13th which he followed with three birdies over the next four holes. 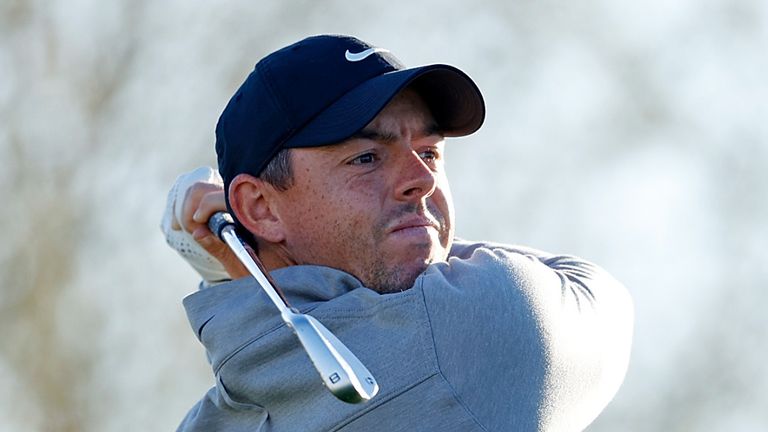 NeSmith picked up two more shots on the front half to post a bogey-free 63 that was matched only by Hubbard, who stormed into a share of the clubhouse lead when he birdied five of the last six holes, while Nate Lashley and Sam Burns got within one.

Stricker fared the best of the later starters, clipping his approach to the final green from a fairway trap to 13 feet and converting the chance for his seventh birdie of an outstanding day, which also featured back-to-back birdie putts from 20 and 30 feet at the ninth and 10th.

“I felt like the old Steve Stricker,” said the veteran, who will celebrate his 54th birthday later this month. “I don’t feel 53 or 54. I feel like I still have a little bit of game left in me.”

Stricker, who pulled off one of the best par-saves of day one after over-hitting his lay-up at the long 15th into water, hopes his day was an omen in his bid to reclaim the Ryder Cup in his native Wisconsin in September, beating playing-partner and European captain Padraig Harrington by six strokes.

“Paddy knows what’s coming when he comes here in September,” added Striker, whose last PGA Tour victory was over nine years ago. “Hopefully we can put a good team together and play well and bring that Cup back home where it belongs.”

World No 4 Xander Schauffele, runner-up to Patrick Reed at the Farmers Insurance Open last week, continued his good start to the year with a 66, while Jordan Spieth showed glimpses of his former self with an encouraging five-birdie 67. 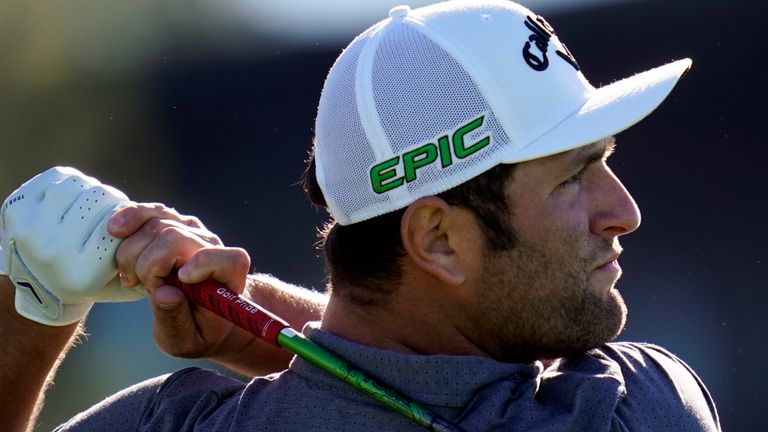 Brooks Koepka opened with a 68 despite a double-bogey six at the second, and Jon Rahm was also three under for the round but frustrated at dropping his only shot at the last, where he drove into a bunker, knocked his second to the fringe and left his first putt 10 feet short.

“That bogey just makes it feel so much worse than it really is,” said the world No 2, who has not finished lower than 16th in his four appearances at TPC Scottsdale. “I was four-under and bogey-free through 17 without having my best stuff.

“I scrambled pretty good early on, and that front nine I made a two under and could have been a lot worse. Back nine I played a little bit better, but it was just too bad on 18. “Overall, with what was, by far, not my A game, it was a pretty good round.”

Thomas drained a 40-footer for his fourth birdie of the day at 14th, but he made a mess of the 17th and thinned a bunker splash-out into the water before compounding that error with a miss from four feet as he slipper to one under alongside McIlroy.

The Phoenix debutant also endured bunker trouble on his opening hole at the 10th, running up a double-bogey six and dropping another shot at 11 following a blocked drive into the trees on the right, although he did respond well with three birdies in four holes, capped by a chip-in for a two at the infamous 16th.

McIlroy looked set to break 70 when he birdied the second and third, but a bunkered tee shot at the eighth led to another bogey and left him needing a solid performance on Friday to ensure being around for the weekend.